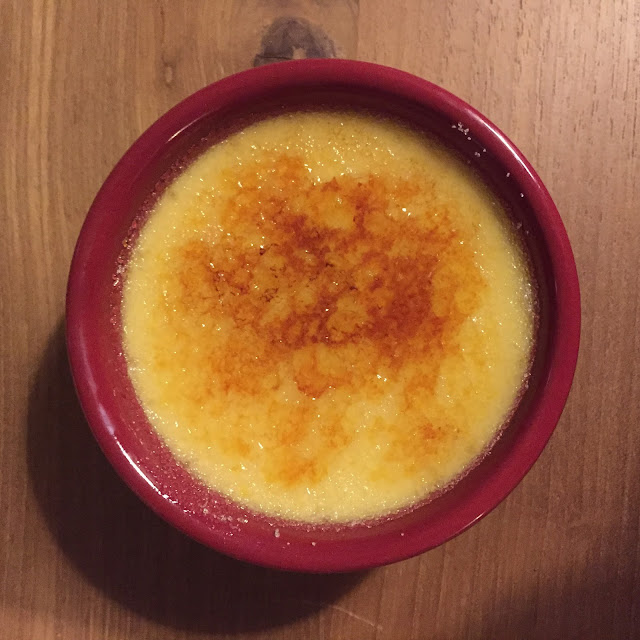 I take crème brulée very seriously. For a good chunk of my life, I thought it was gross. (Sacrilege, I know.) It wasn't until my first trip to France, when I was 21, where I realized that not only was crème brulée not gross, but it was one of the most delicious desserts in the world. Vive le France, amiright? 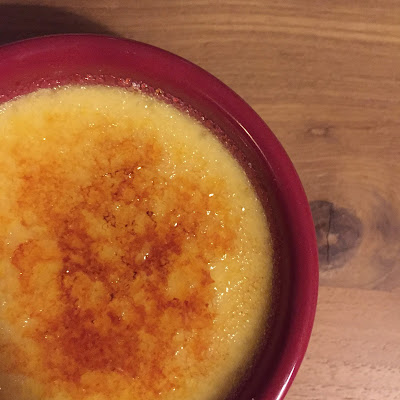 It wasn't until I came back from that trip, thinking I was all cultured and shit, that I realized it's really difficult to make a great crème brulée. For months after my return home, I ordered crème brulée at any restaurant that offered it, and was often disappointed.

Much of the crème brulée I devoured either had a watery filling or a too-thin top that didn't have enough "crackle."

Since then, I've found a couple of great restaurants that serve delicious crème brulée (The Ancaster Mill had an excellent Smores version and La Societe makes a really great citrus version) but I always wondered how hard it would be to make one at home. 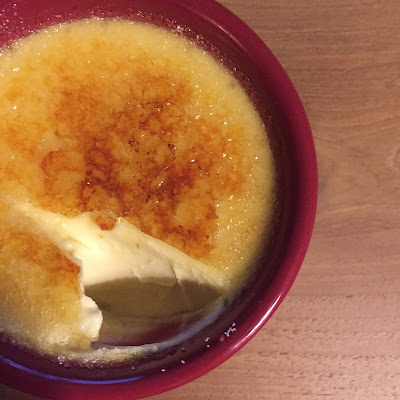 Turns out, pretty damn hard. It took several tries to perfect this recipe; and even after that I found it was hard to perfect it every single time.  Sometimes the top was either too thick or too thin; sometimes the sugar was uneven or burnt; sometimes the filling was too watery or too thick. Basically, a lot of things can go wrong when making this bastard dessert.

But when you get it right? Oh damn, it's so worth it and so so good. Like, ermahgerd I'm in sexual heaven right now Idris Elba has nothing on this good. Like, make you believe in monogamy you'll never look at another dessert again good. 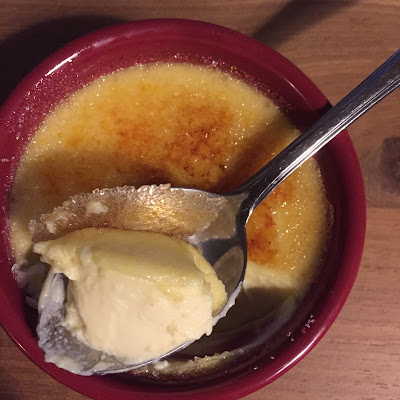 Try it once. Try it again. And then try it again and tell me I'm not right. I dare you.

3. Pour cream into a saucepan and stir over low heat until it almost comes to a boil. Remove the cream from heat immediately. Stir cream into the egg yolk mixture; beat until combined.

4. Pour cream mixture into the top pan of a double boiler. Stir over simmering water until mixture lightly coats the back of a spoon, about 3 minutes. Remove mixture from heat immediately and pour into a shallow heat-proof dish, or four ramekins.

5. Bake in preheated oven for 30 minutes. Remove from oven and cool to room temperature. Refrigerate for at least one hour or overnight.

6. In a small bowl combine remaining 2 tbsp white sugar and brown sugar. Sift this mixture evenly over custard. Use a culinary torch to heat the sugar topping, and make sure to heat all sides evenly. Watch it carefully so you don't over-heat it. If you don't have a torch, turn on the broiler in your oven and place dish (or ramekins) under broiler until sugar melts, about two minutes. (But it's much more fun if you use a torch!)

7. Allow to cool and refrigerate until custard is set again.