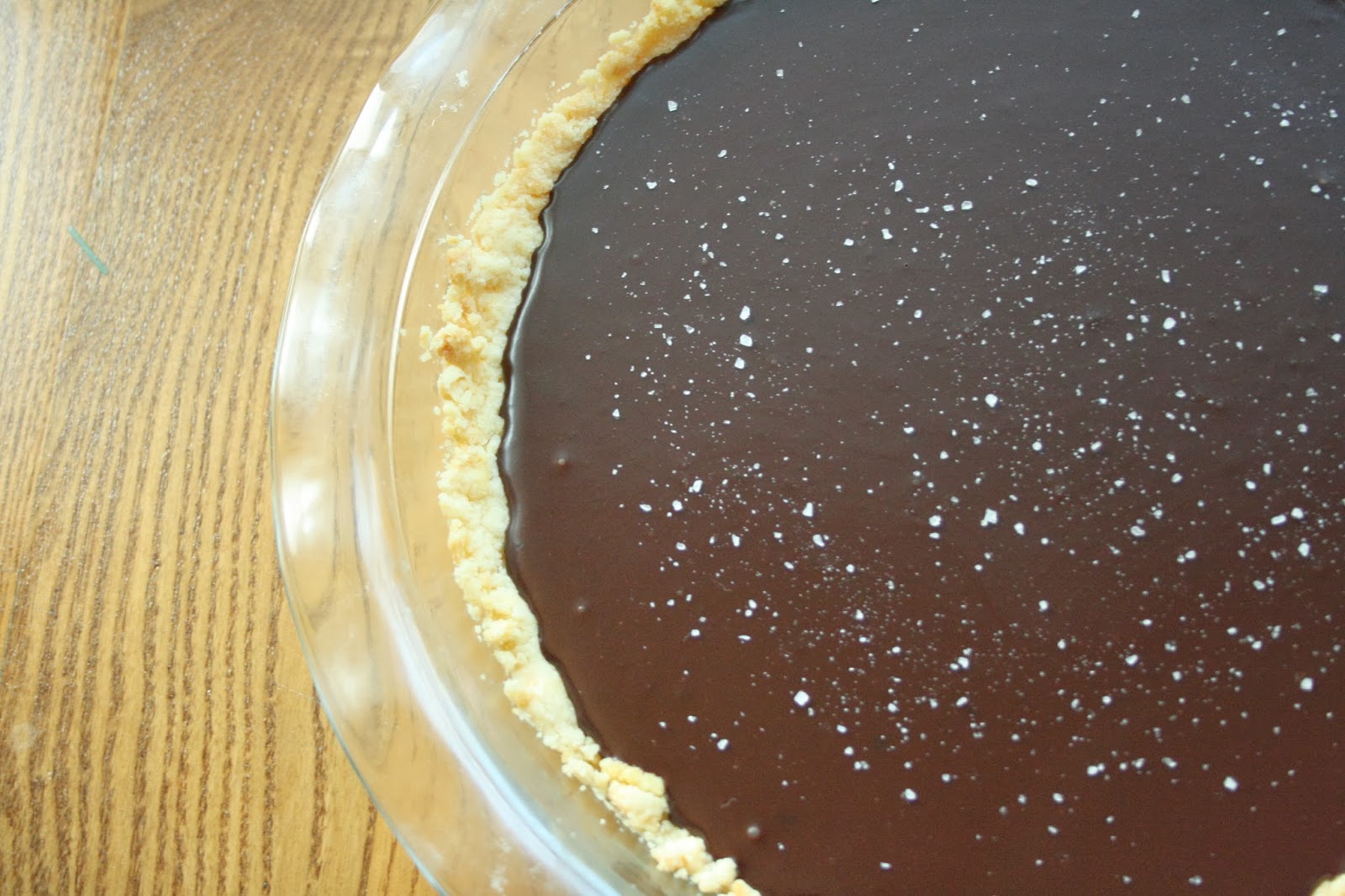 There's a really good reason why I shouldn't be a professional baker: I don't read the recipe in advance.

Take, for example, the situation I found myself in yesterday. I was invited to my cousin and his wife's home in Oakville for a dinner party so naturally, I volunteered to make the dessert. 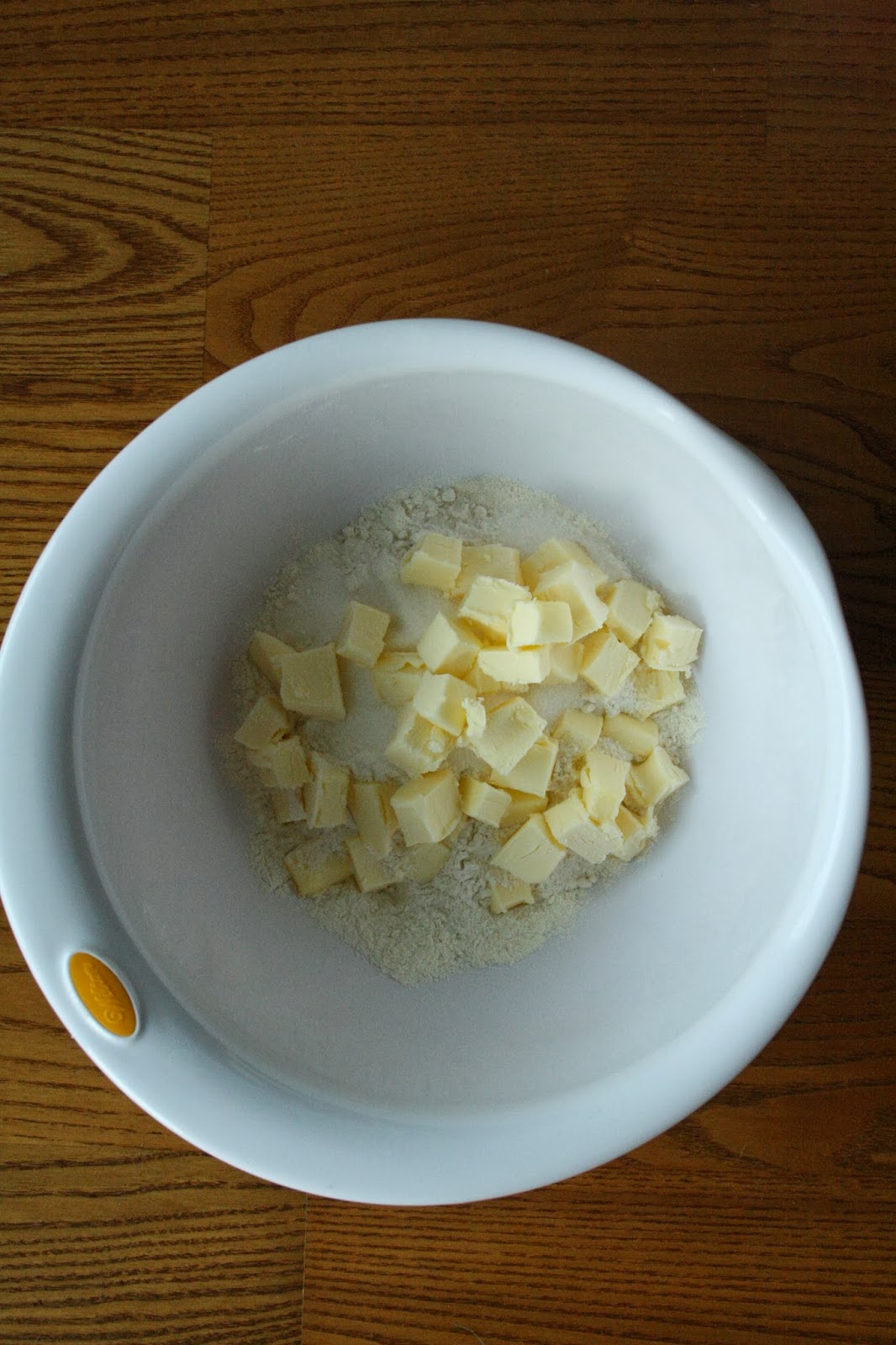 I settled on this artery bursting recipe from Chatelaine magazine which featured two ingredients which should never leave each other's sides: chocolate and caramel. In fact, it was a salted caramel and chocolate tart and the photos made me want to lick the magazine. (I didn't, because unlike my dog, I know that paper tastes crappy.) 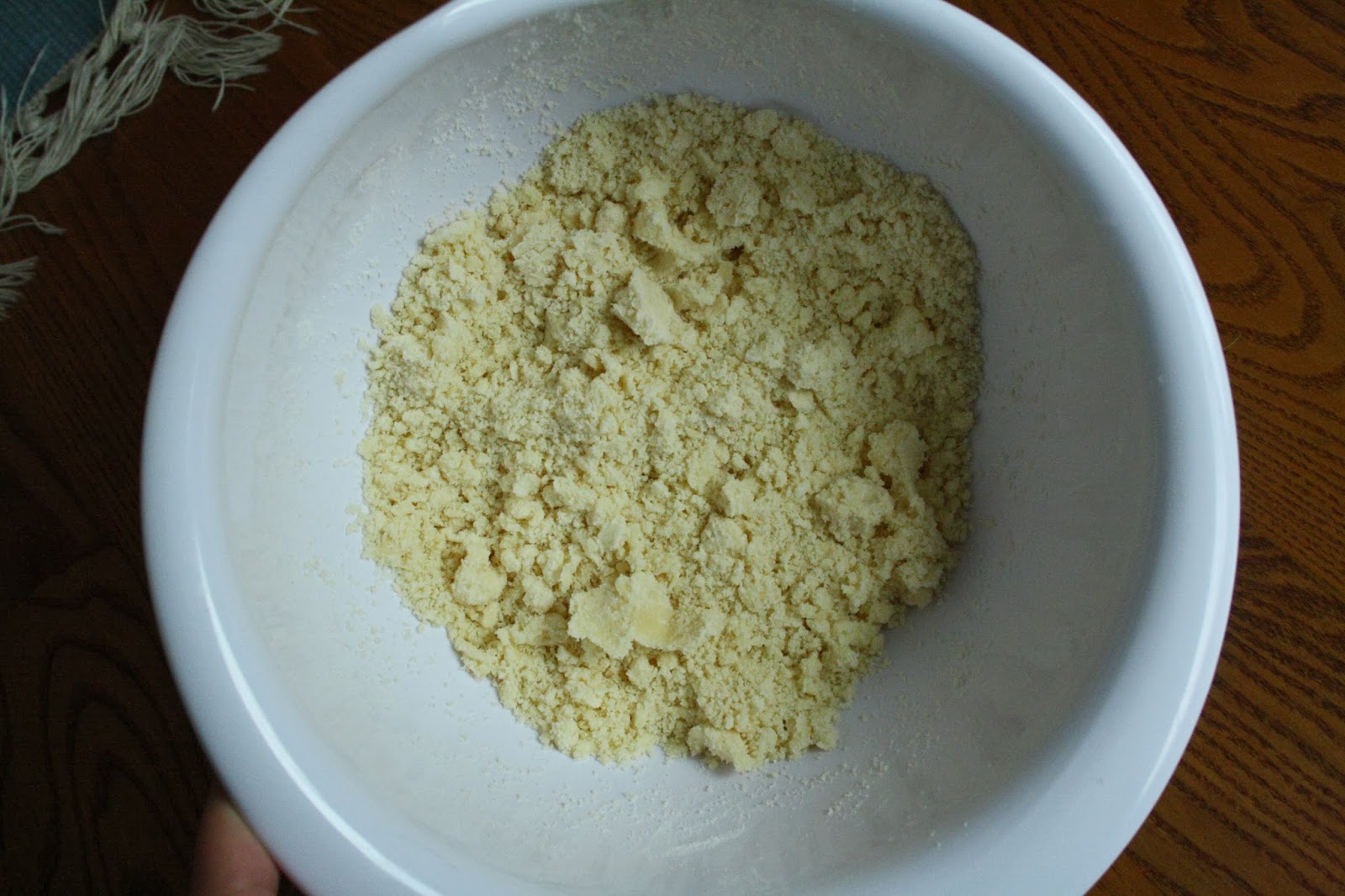 I decided to make the tart in the early afternoon, figuring that since I didn't have to leave until 4 p.m., there would be plenty of time to bake, take pictures and let it cool. So it was to my surprise and chagrin that when I read the recipe around 12:30 p.m. that I realized I would be on a tight schedule. The recipe called for about an hour's prep time (and if it's your first time with the recipe, the prep usually takes a bit longer) and that after it's done baking, it has to cool in the fridge for at least two hours. 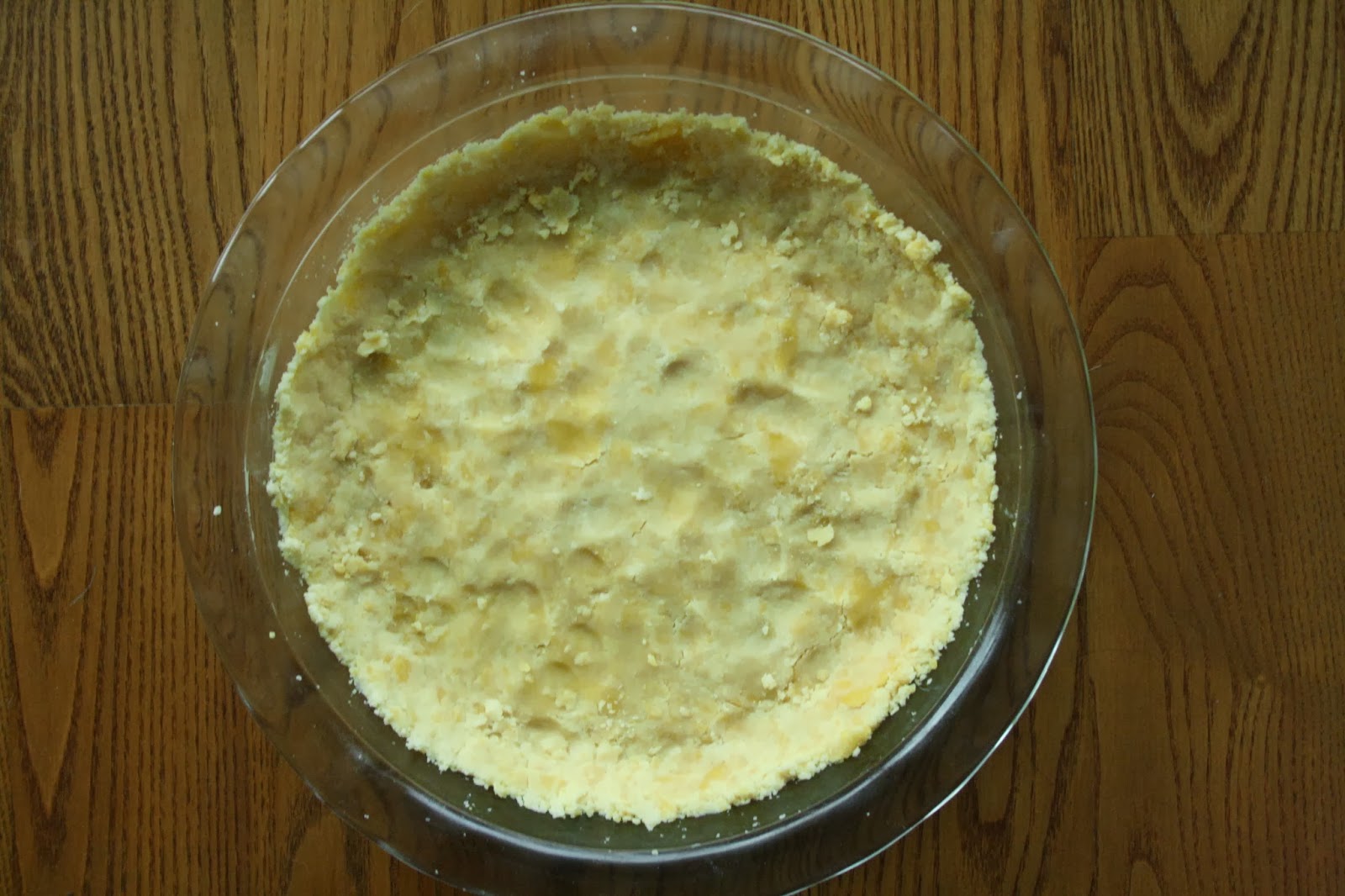 At this point, 12: 30 p.m., I didn't have all my ingredients. The second thing I realized was that I was also missing a vital part of the recipe: a tart pan, which had mysteriously vanished. The last thing I remember about this tart pan, which was actually my boyfriend's, was that I had given it away to someone. Who this person was, I couldn't remember. All I remember saying to said ghost was: "Take it! I don't use it!" And that was that. Tart pan gone into the oblivion. (So, dear reader, if you have my tart plan, could I please have it back? Or at least, borrow it? Thanks!)

In the end, I used a pie pan as a replacement and was only a bit late for the dinner. But dear God the stress is not worth it. 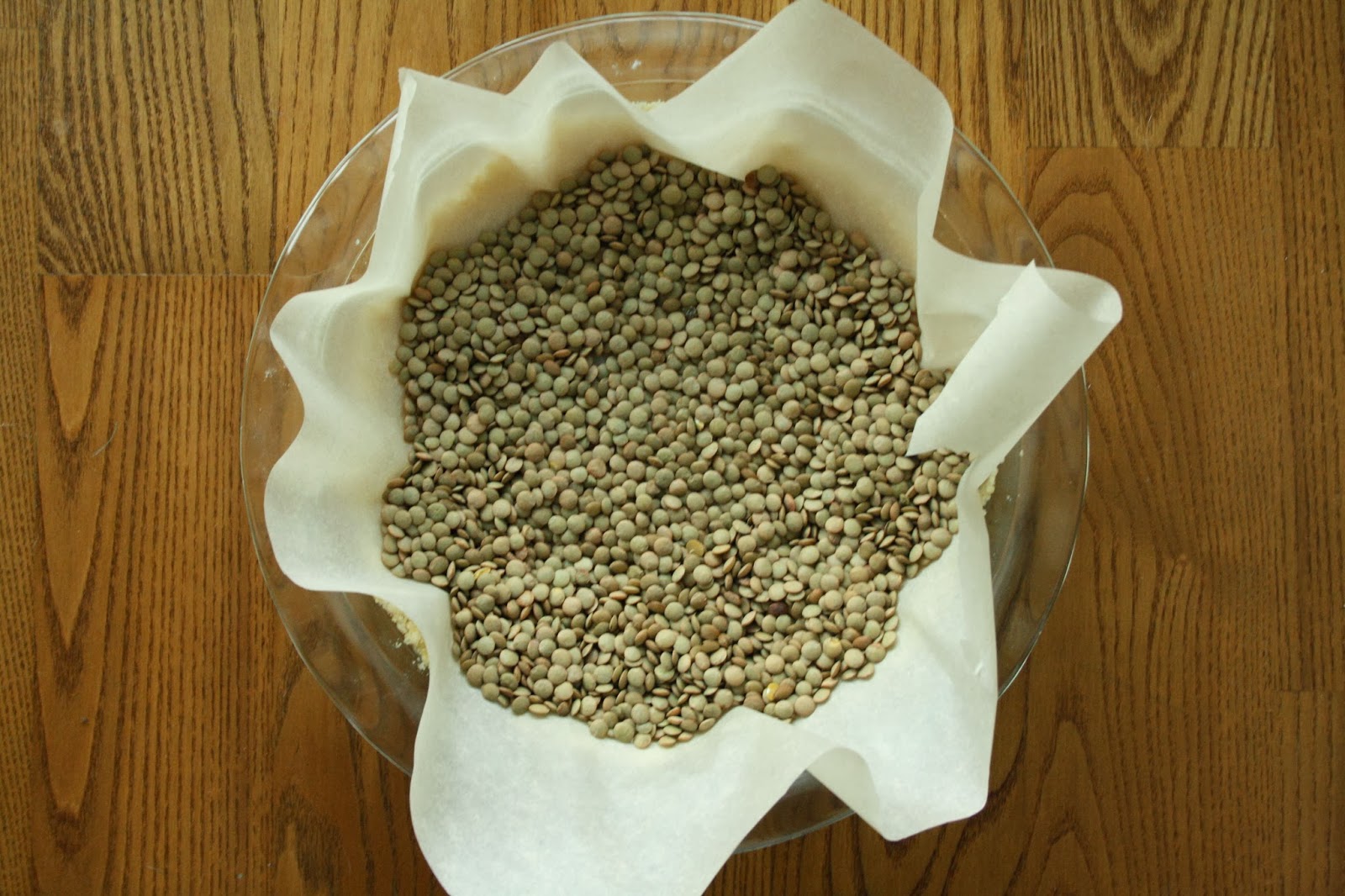 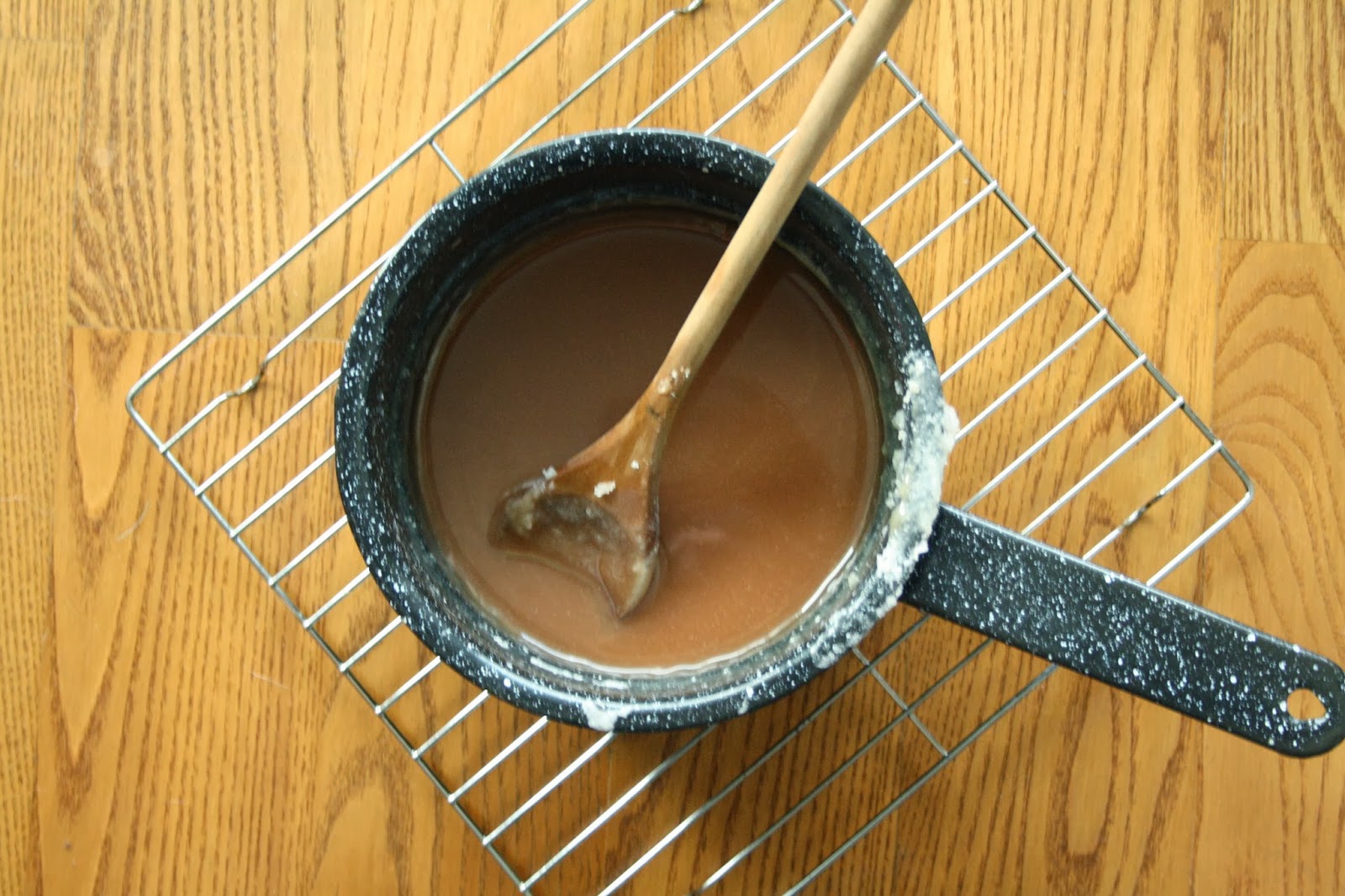 Position rack in centre of oven. Preheat to 350F. Place a 9-inch tart pan with 1 1/8-inch sides and a removable bottom on a baking sheet. (Note, I used a pie pan because I misplaced my tart pan.)

Combine flour with 2 tbsp sugar in a medium bowl. Using your fingers, mix 1/2 cup butter into flour mixture until crumbly. Stir in egg yolk and mix until the dough comes together into a ball. Transfer dough to centre of prepared tart pan. Press dough from middle of pan to edges. Using fingertips, press dough up edges of pan until even with rim. Prick pastry with a fork, then line with parchment paper or foil. Add pie weights or dry beans. (Note: I used lentils.) Bake in centre of oven for 20 minutes then remove parchment paper and pie weights and continue baking until lightly browned, about 10 minutes. Set aside to cool slightly, 10 minutes. 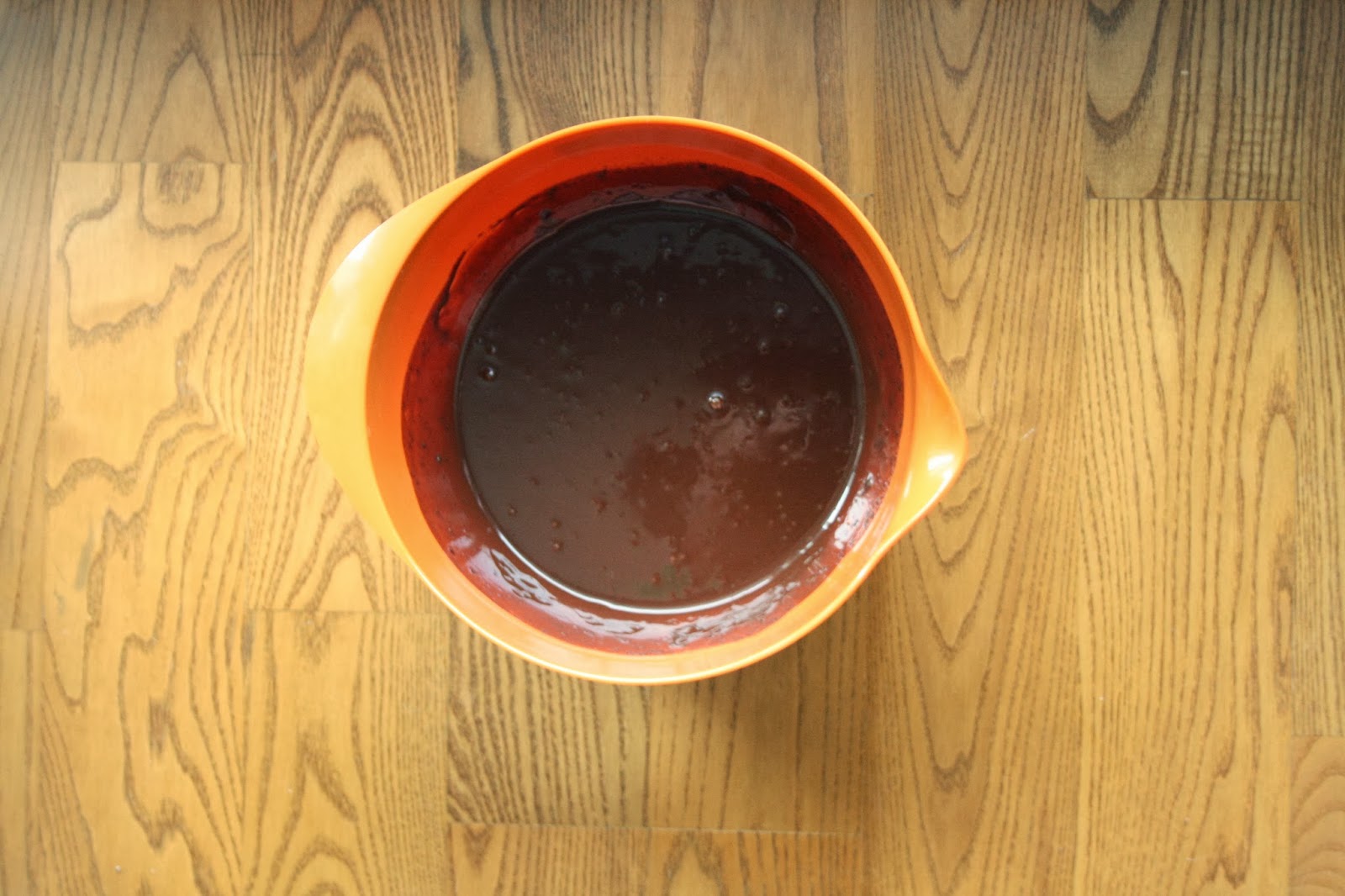 Combine 1 cup sugar and water in a small saucepan and bring to a boil over high. Continue boiling just until it turns a light amber, 5 to 10 minutes. Stir in 1/2 cup cream and 3/4 tsp salt until smooth. Pour into warm pastry and refrigerate until caramel is firm, about 20 minutes.

Place chocolate in a medium bowl. Pour remaining 1 cup cream into a small saucepan and set over medium. Bring just to a boil. Pour over chocolate and stir until no streaks remain and chocolate is smooth. Stir in 2 tsp butter and 1/4 tsp salt until glossy. Let cool to room temperature, 10 minutes. 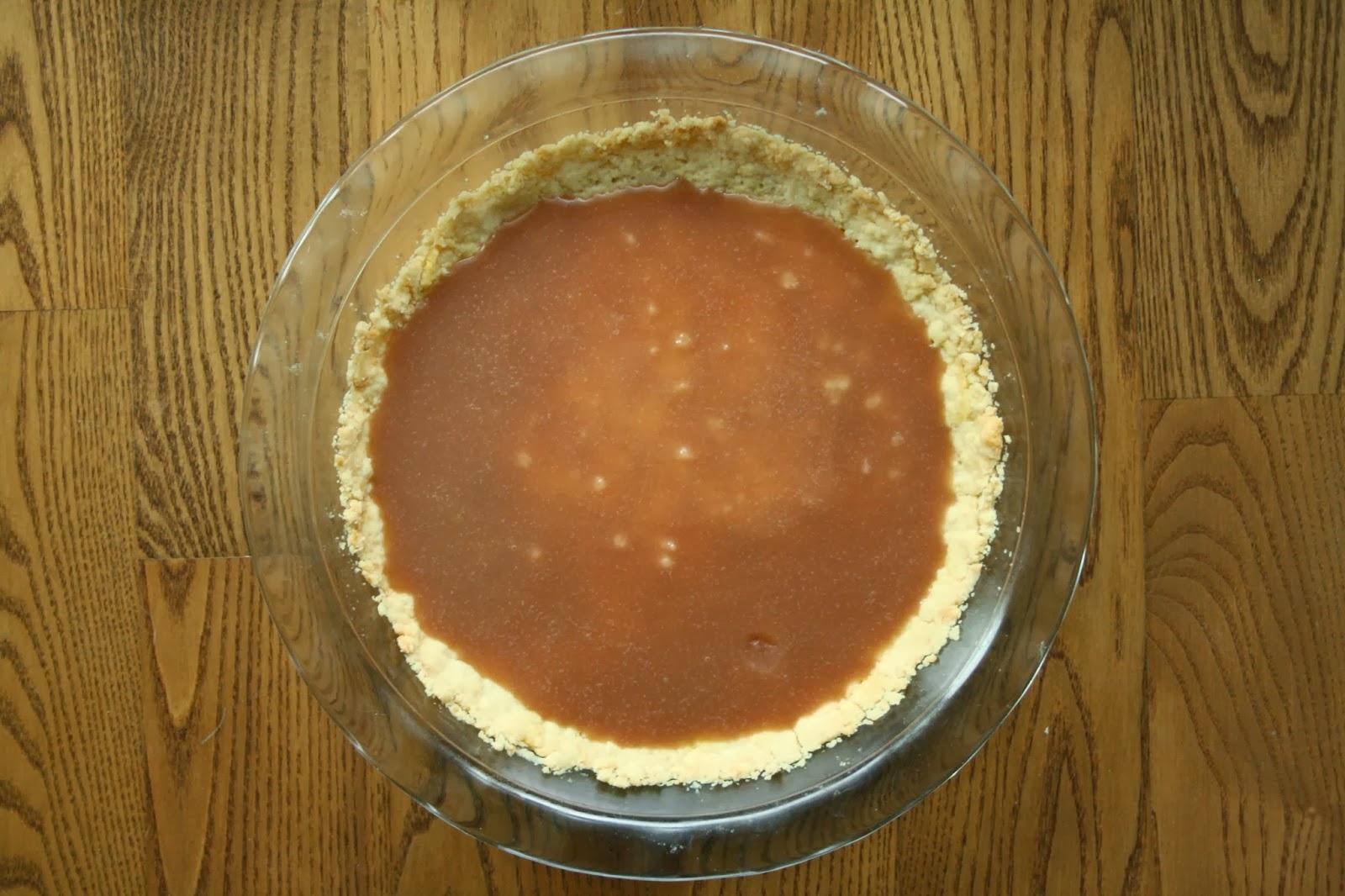 Scrape chocolate over caramel and refrigerate until firm, about 2 hours. Sprinkle with remaining 1/4 tsp salt. 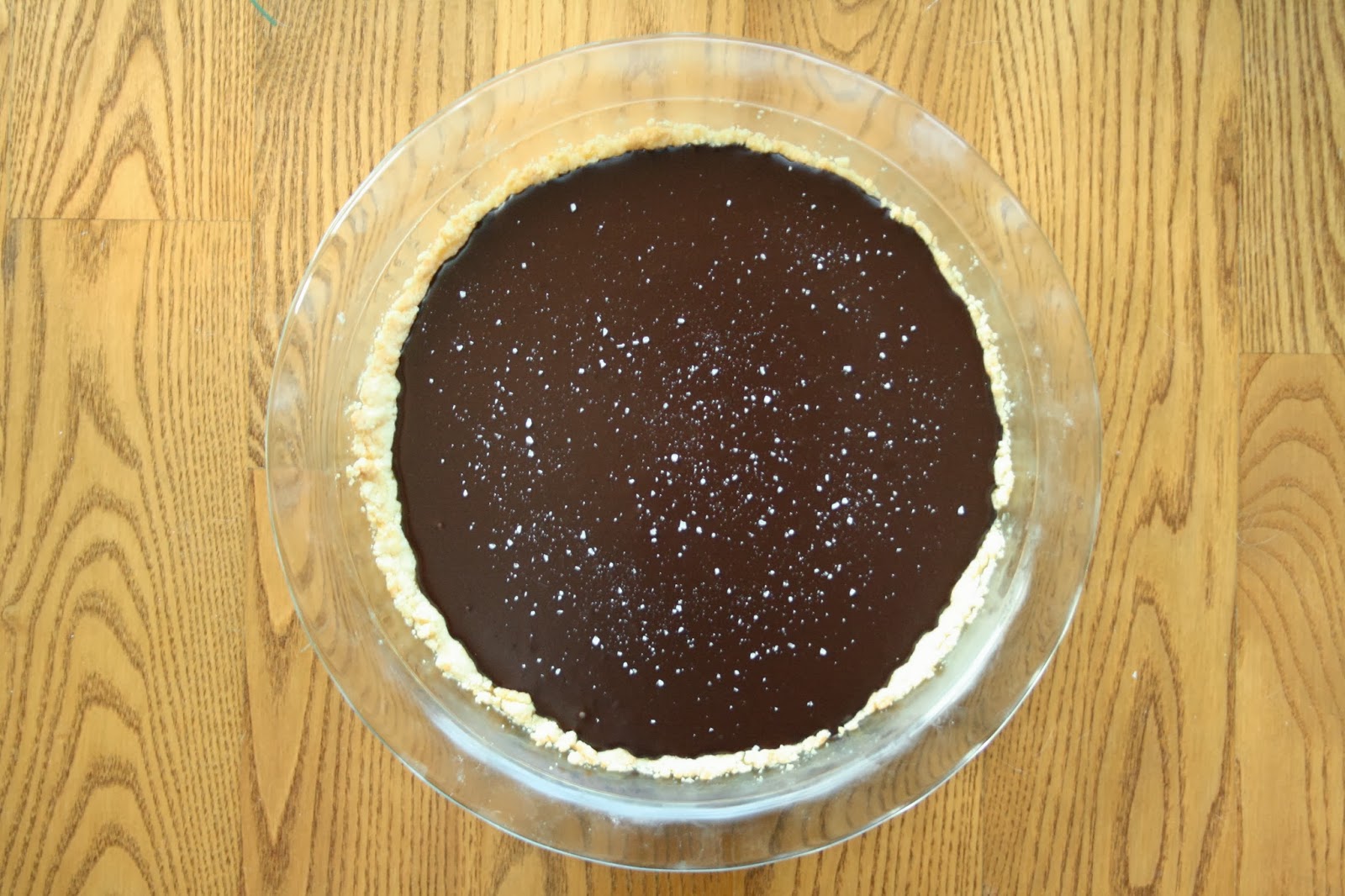 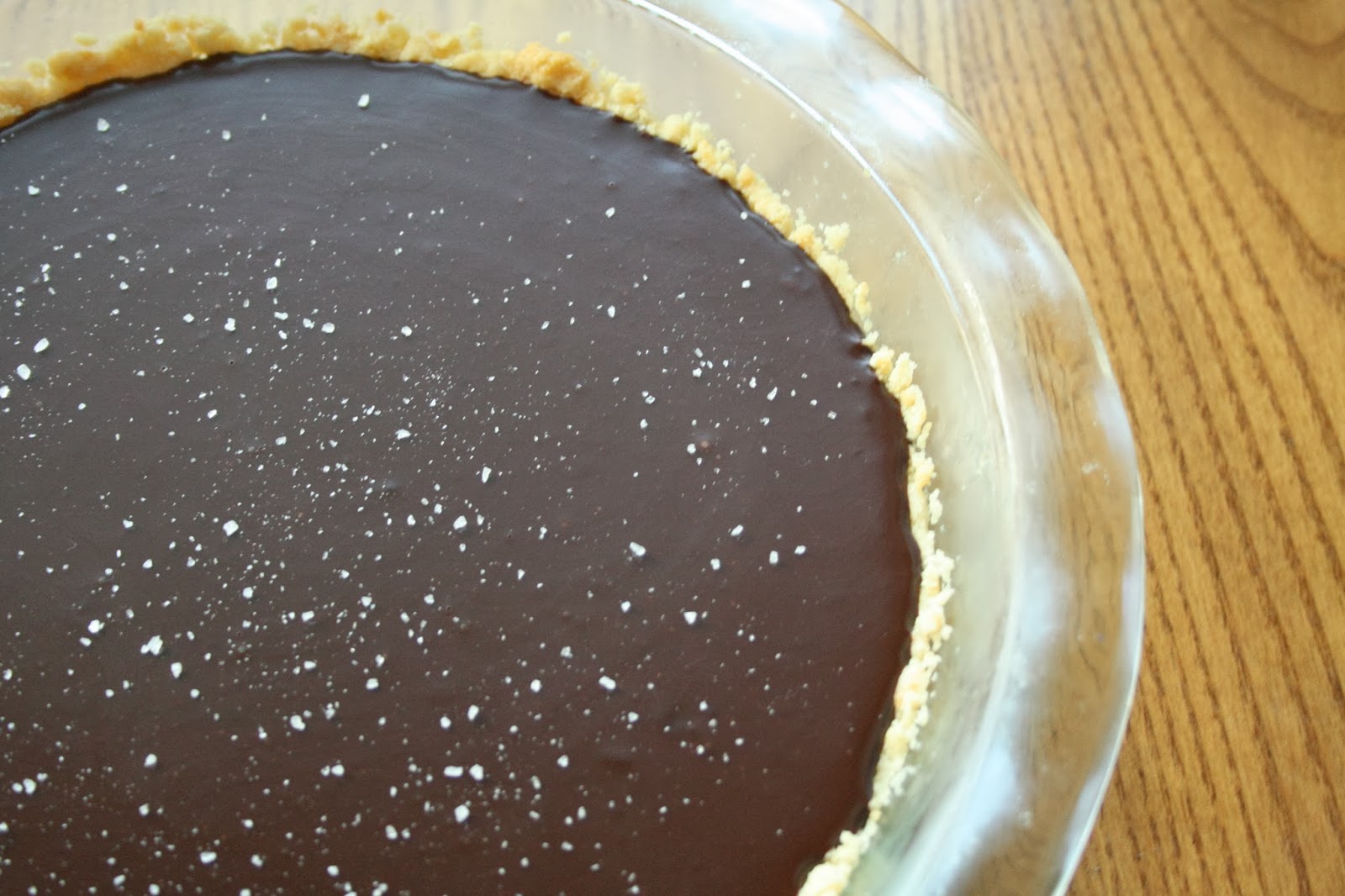 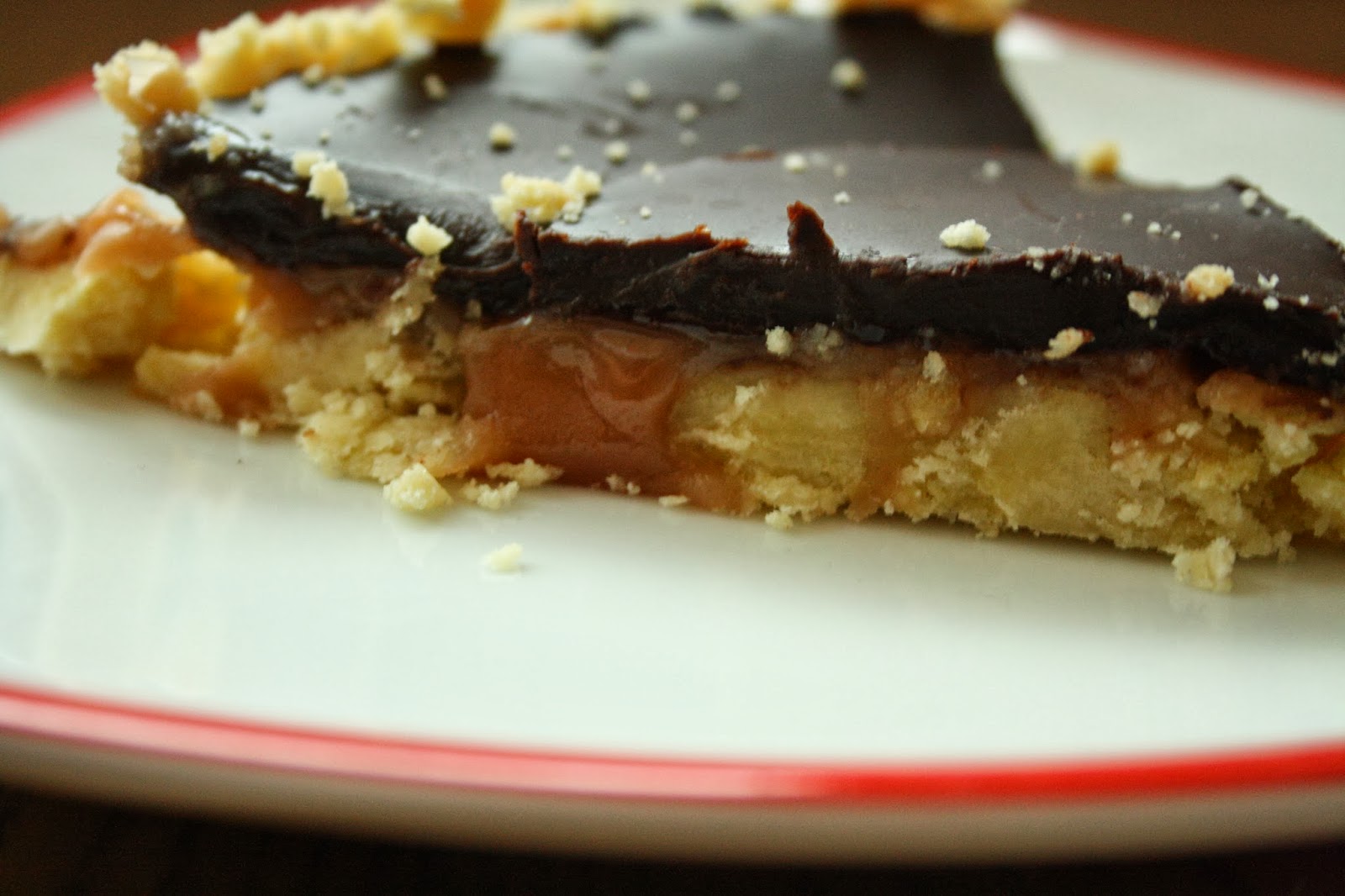