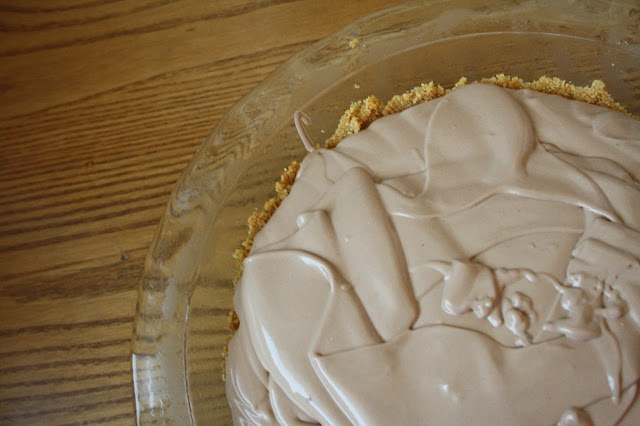 Last weekend it was my intention to bake Julia Child's brioche. That is until I came upon this.

Not only does it contain one of my favourite ingredients, cheesecake, but you don't even have to use the oven! Simple, right? Well, mostly, but I will get to that. 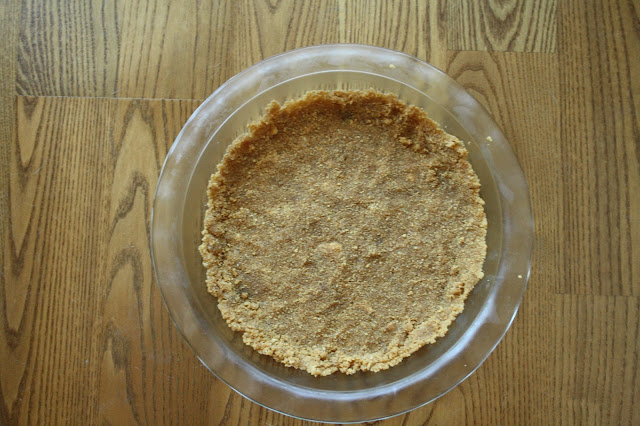 Do you ever read the "estimated time to make" blurb at the beginning of every recipe? I used to because I thought it would help me plan better but I realized that this so-called "estimated time" is total bullshit. Not only does it usually grossly underestimate how much time it will take you to make the food (especially for a first-timer) but it sets the expectation that if you don't make it within that time than you're a total failure IN LIFE. Okay, I exaggerate a bit but seriously, this recipe says it only takes TEN MINUTES to make the whole thing. As my friend, Buddy the Elf says: "You sit on a throne of lies!"
Confession: It took me an hour to make this. 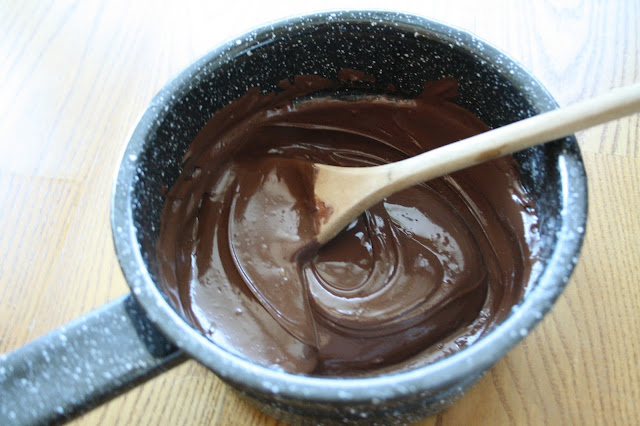 I have one more mini-rant to make about cookbooks and food blogs in general: The pictures are not reality. Get this in your head, people. Those red velvet cupcakes you want to make to impress your friends/significant other/parents/cat will not look like Martha Stewart took over your kitchen and made them herself. And speaking of Martha, she has amazing how-to videos like this one on cake-decorating which will change your life but it still won't change the fact that you never will be Martha fucking Stewart. 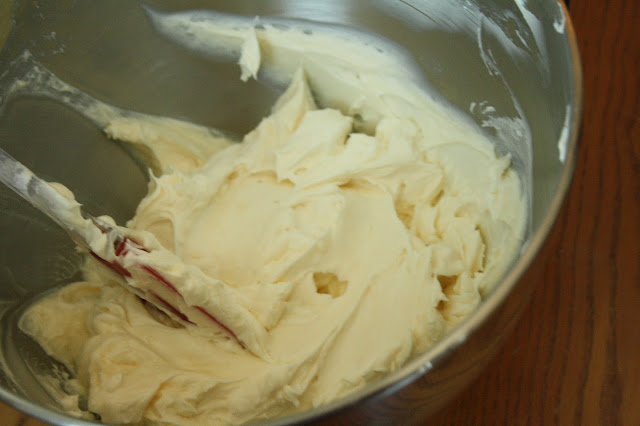 Maybe I'm still a bit upset that while the pie tasted delicious, when I cut a piece, it collapsed into a messy heap on the plate. A yummy heap, but a heap nonetheless. It certainly did not look like this.

But hey, it was my first time making it so maybe next time it will be better. These are the things I say to myself as I cry over my messy pie. 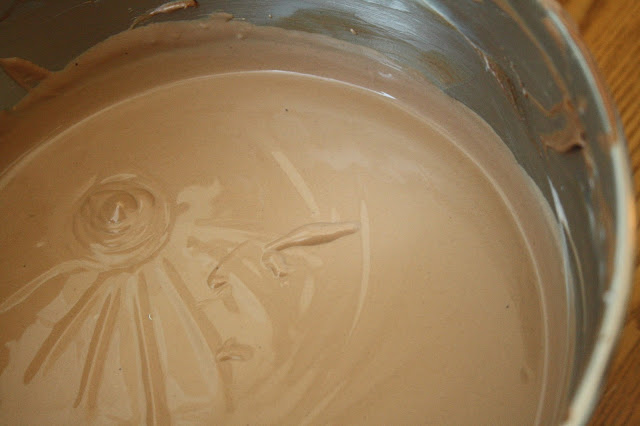 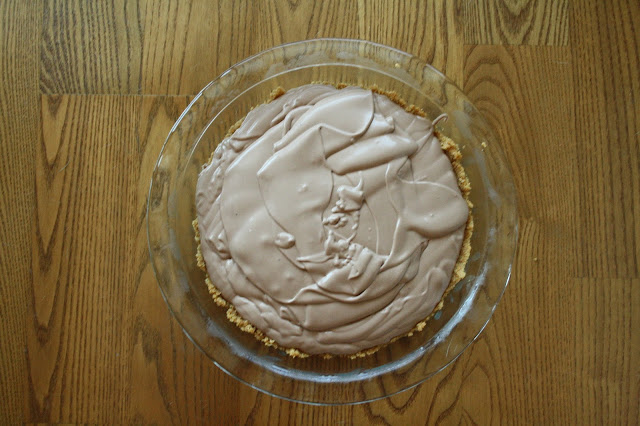 To prepare the crust:

1. Combine graham cracker crumbs, melted butter, sugar and brown sugar in a bowl. Mix until completely combined.
2. Pour the mixture into a 9-inch pie plate and spread, pressing down firmly, so that you have an even layer in the bottom of the plate and about ½ an inch up the sides. Freeze the crust while you are preparing the pie filling. 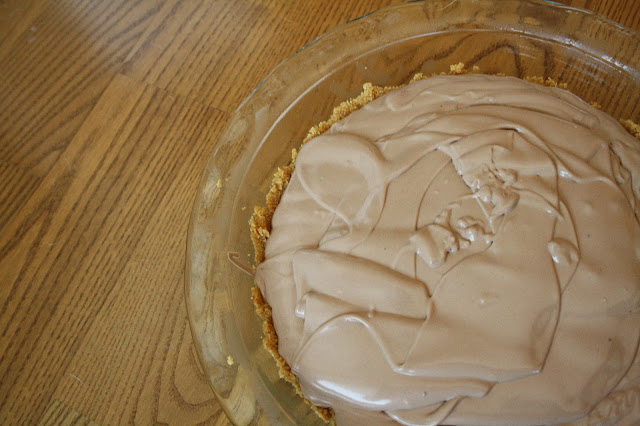 To prepare the pie filling:

4. Pour chocolate chips into a small stovetop saucepan and heat on medium until completely melt. Stir while melting. Set aside to cool.
5. In the bowl of a stand mixer using the paddle attachment and at medium speed, beat together the softened cream cheese, sugar and butter until light and creamy. Scrape down the sides of the bowl and with the mixer at low speed, slowly drizzle in the melted chocolate. Mix until completely blended together.
6. Replace the paddle attachment of your stand mixer with the whisk attachment, and at low speed, fold in the softened whipped topped until well blended. Spoon the mixture into the pie crust.
7. Refrigerate until firm – about 2 hours. When ready to serve, cut into slices and serve with additional whipped topping. 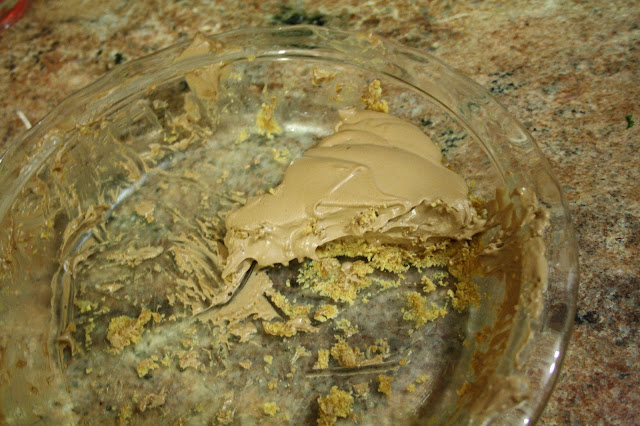 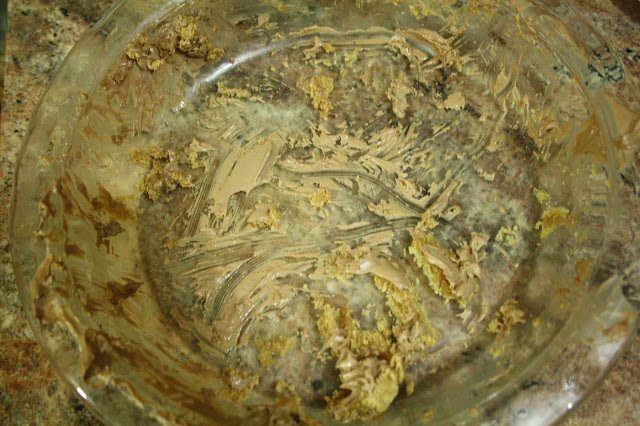