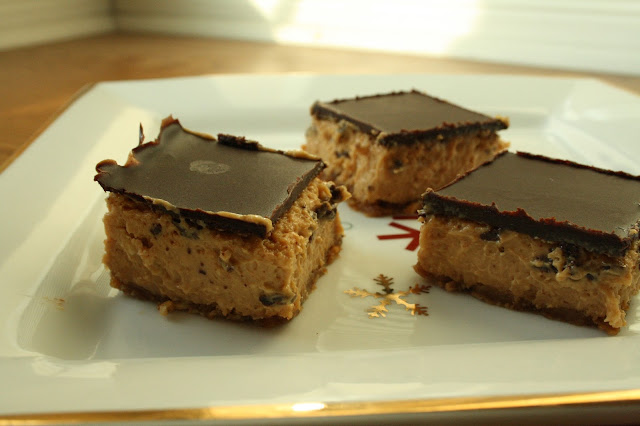 A few weeks ago, my dear friend Michelle celebrated her birthday and when she asked me to bake a dessert for her celebration, I knew exactly what I had to make.

My dad used to treat my sister and me to dulce de leche when we were children because it was very popular where he was from (Argentina.) So when I found a recipe for dulce de leche cheesecake squares on the mother of all cooking blogs, Smitten Kitchen, I had to try it right away. 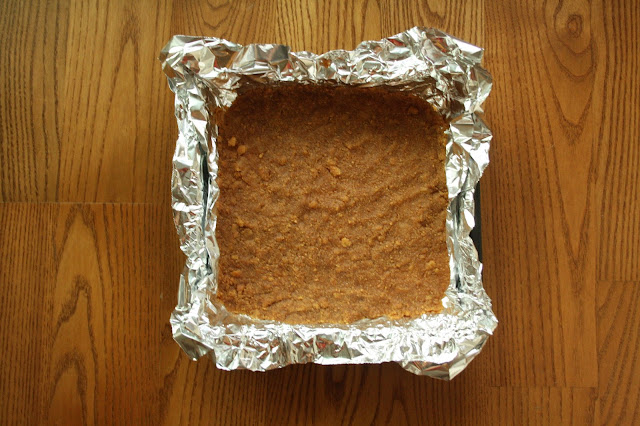 For those of you who have never had it, dulce de leche is basically caramelized, sweetened milk and has a gooey texture which is perfect for spreading it on basically anything like toast, scones, muffins, wherever you want it. Think of it as a sweeter caramel.


I first made them for a wedding shower I threw for my cousin and his then-fiance (now wife) last year and the whole family gobbled them up. (Which isn't surprising since my family is obsessed with food.)

I've made them several times since and every time I state again that it's probably one of the best desserts ever invented. 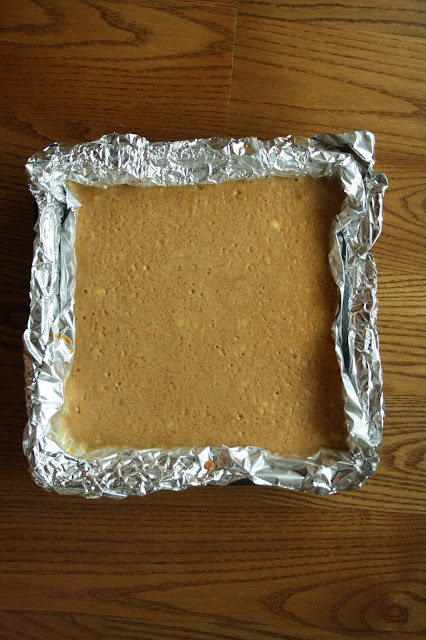 The only problem is, it's hard to find dulce de leche in my neighbourhood. Out of the four grocery stores near me, only one, a Metro, carries it. And when I popped by there to pick up a can for this new batch, they were out of my favourite brand and only carried Eagle brand, which to my dismay didn't taste as good as I had hoped.

So I am now on a mission to find better dulce de leche in Toronto. 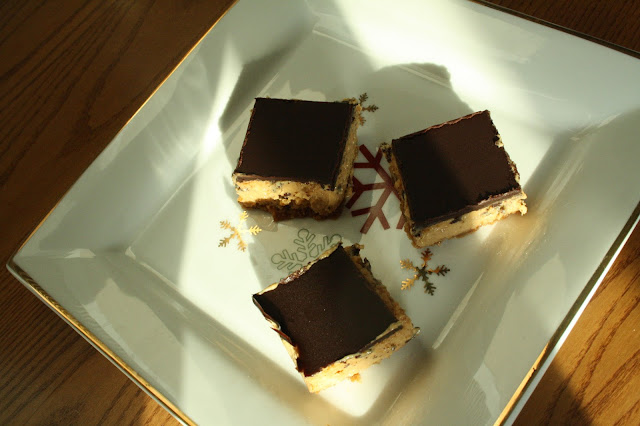 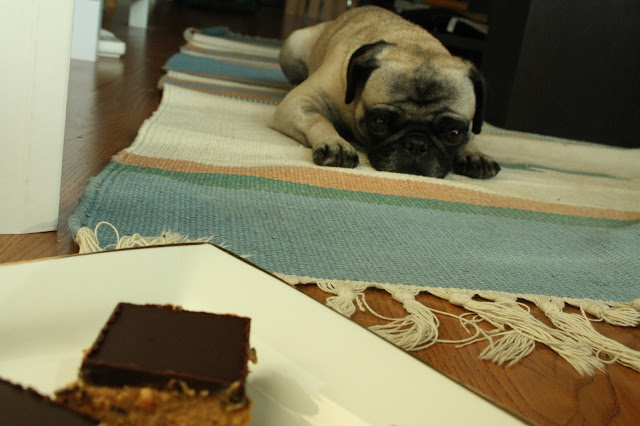 Put oven rack in middle position and preheat oven to 325°F. Line bottom and sides of an 8-inch square baking pan with 2 sheets of foil (crisscrossed), leaving a 2-inch overhang on all sides.
Finely grind crackers with sugar and a pinch of salt in a food processor. With motor running, add butter, blending until combined. Press mixture evenly onto bottom of baking pan. Bake 10 minutes, then cool in pan on a rack 5 minutes.

Sprinkle gelatin over milk in a small bowl and let stand 2 minutes to soften. Beat together cream cheese, eggs, salt, and gelatin mixture in a bowl with an electric mixer at medium speed until well combined, about 2 minutes, then stir in dulce de leche gently but thoroughly. Pour filling over crust, smoothing top, then bake in a hot water bath in oven until center is just set, about 45 minutes. Cool cheesecake completely in pan on rack, about 2 hours. Chill, covered, at least 6 hours.

Glaze cake within 2 hours of serving: Heat all glaze ingredients in a double boiler or a small metal bowl set over a saucepan of barely simmering water, stirring until smooth, then pour over cheesecake, tilting baking pan to coat top evenly. Chill, uncovered, 30 minutes.

Lift cheesecake from pan using foil overhang and cut into 1-inch squares with a thin knife, wiping off knife after each cut. 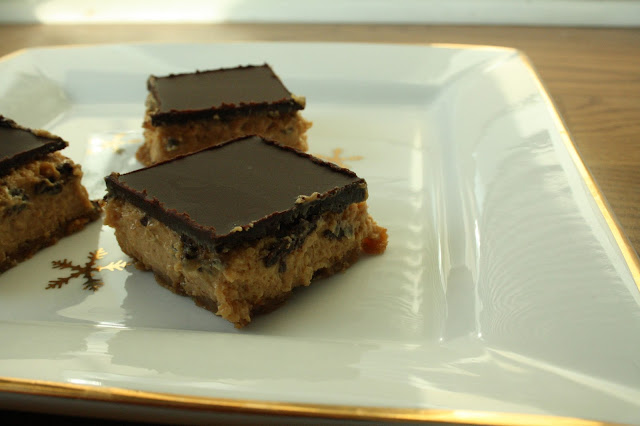 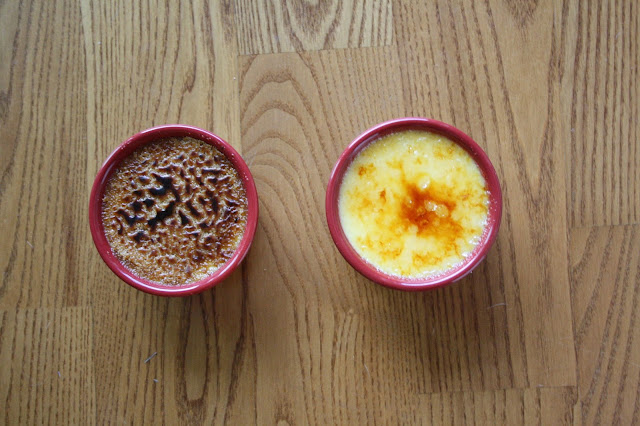 I got my boyfriend a kitchen torch for his birthday because he mentioned he wanted to make creme brulee, a dessert we devoured almost nightly when we went to Paris last fall. Mostly I think he just wanted an excuse to torch shit. (It was my favourite part of making it.) 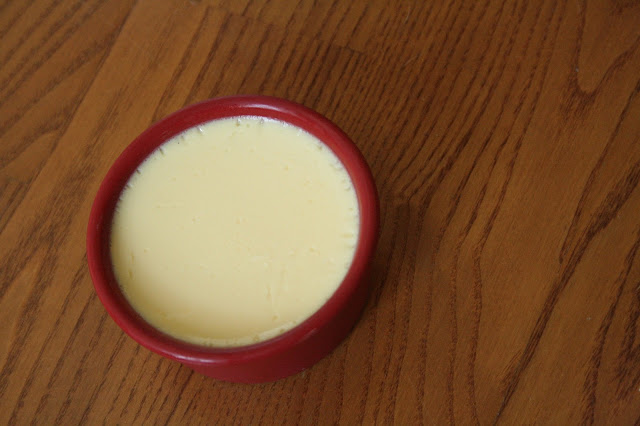 The first time we made it I was blown away by how delicious it was (I also couldn't believe that my boyfriend, the self-described worst baker ever, made a French staple that was better than what's made in many restaurants.)

The only tiny critique we both had was that the sugar top wasn't hard or thick enough. So we decided to try it again, natch. 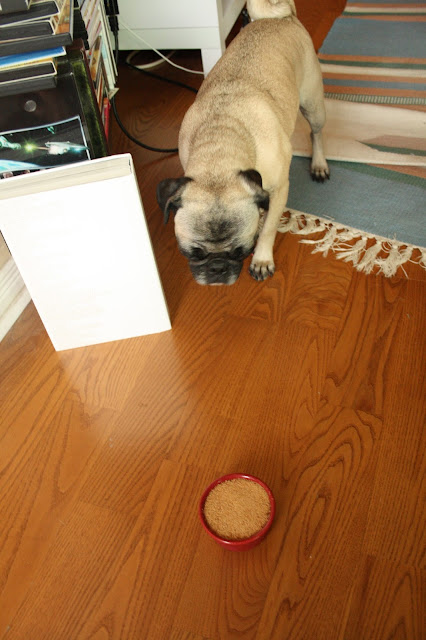 This time we experimented and used dark brown sugar for one top and white granular sugar for the second top to see if there was a difference in taste and texture. I came out loving the white sugar while Mike had a thing for the brown sugar, which was perfect because I didn't want to share! 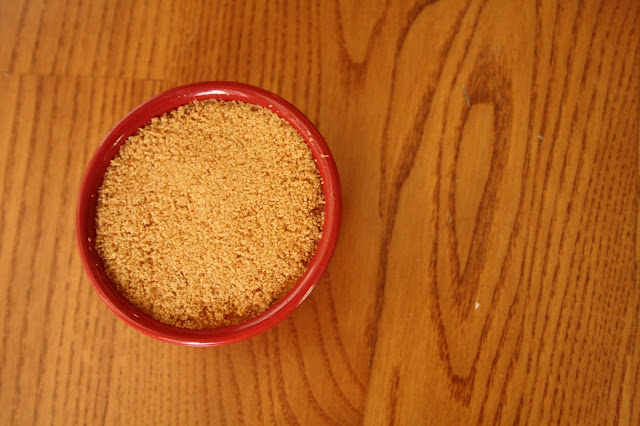 I've loved creme brulee ever since I first went to Paris when I was 21 where I not only discovered an ever-lasting love with fashion (and designer bags) but also French cuisine. Whenever I try a new restaurant, I always ask for creme brulee for dessert if they have it on the menu which has resulted in some truly horrible creme brulees and some mind-blowing creme brulees. (Le Papillion on Front has an excellent version.) 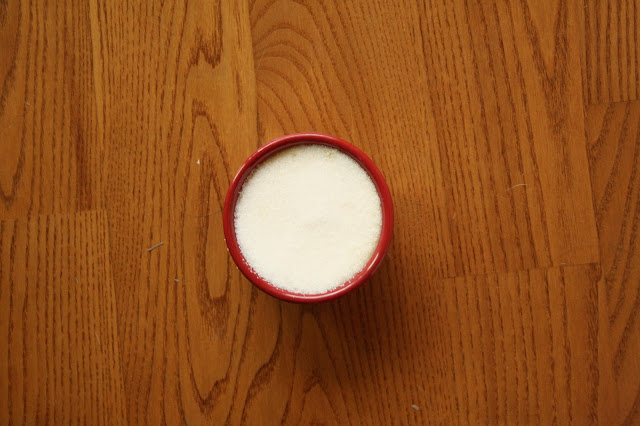 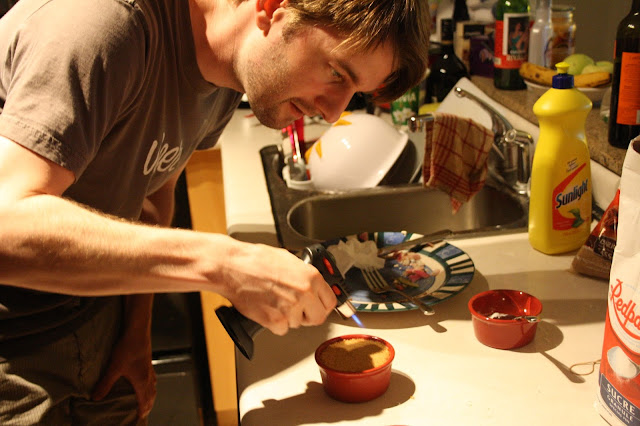 Preheat oven to 300 degrees Farenheit. In a medium saucepan, scald cream with vanilla bean and stalk until surface begins to shimmer. Remove stalk and discard. 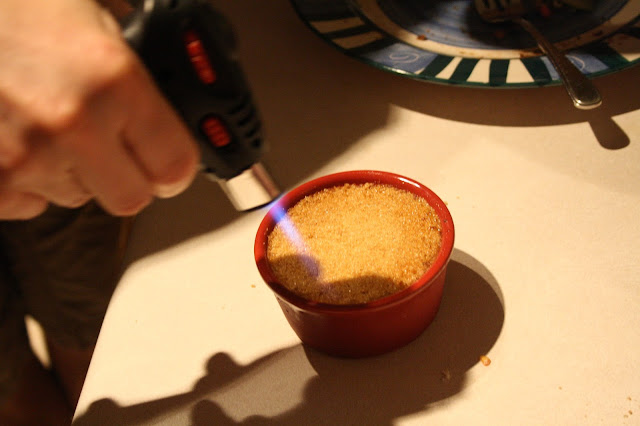 Arrange eight shallow 4 1/2 inch ramekins in a roasting pan. Slowly pour custard evenly in ramekins filling them almost to the top. Set in centre of oven rack. Pour enough boiling water into pan to reach half way up to the ramekins. Loosely cover the pan with tin foil and bake for one hour or until the edges of the custards are firm and the middle still jiggles a little in the centre.

Transfer ramekins to a wire rack to cool completely. Cover and refrigerate until cold, at least three hours or up to two days.

Set custards on rack and sprinkle sugar evenly over top until there's a nice, thick layer. Torch the sugar evenly, starting from the outside in a circle and work your way in until the sugar has caramelized. Let cool slightly and serve immediately. 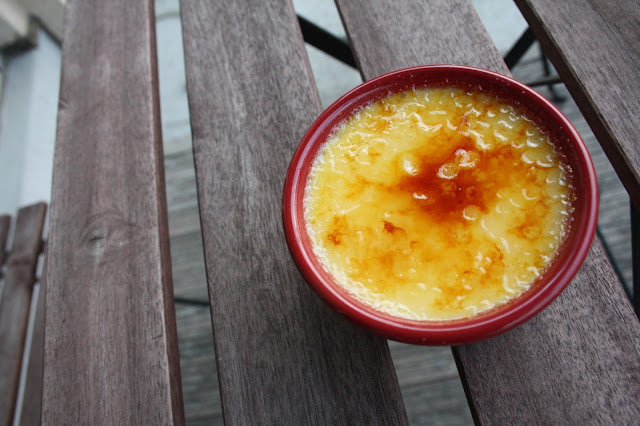 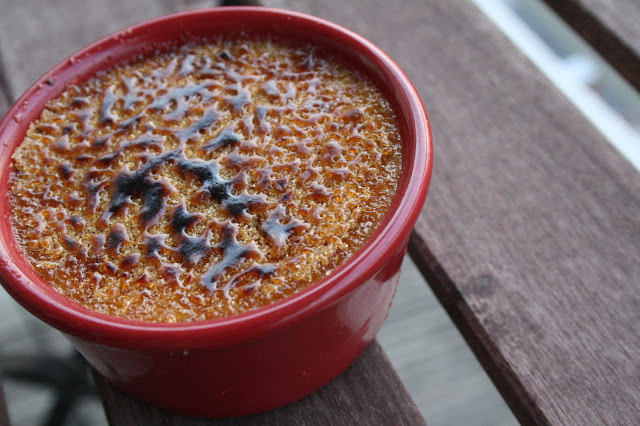 Posted by Chloe Tejada at 9:57 AM No comments: