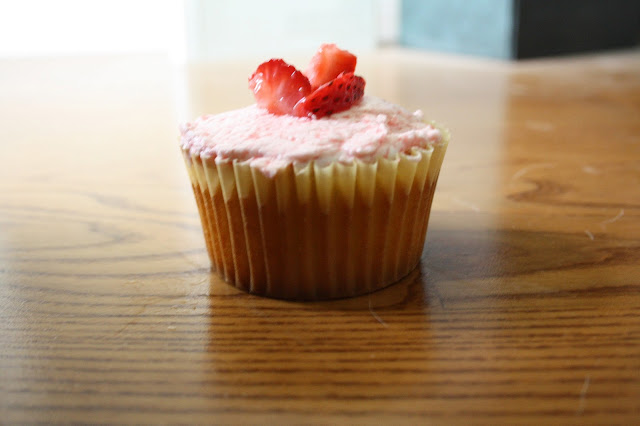 I know it's been more than a week since I've updated the blog and I've been feeling quite guilty over it but I have a good reason: Last weekend, my boyfriend and I adopted a pug. 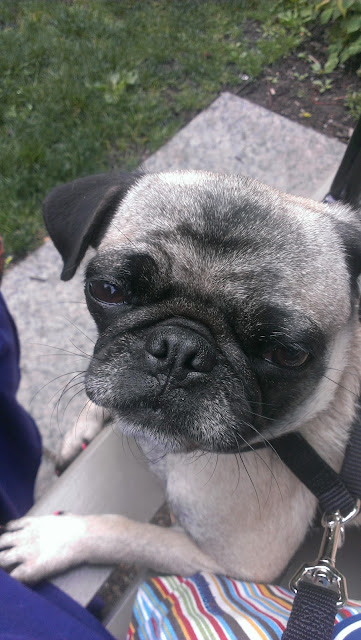 This little girl has been making her owner one exhausted lady.

As a result, I truly haven't had the time nor the energy to write or bake (but especially write. My brain hasn't had one interesting thought this week. It's all "feed dog, take dog for walk, pick up dog's poo, crate train dog, etc.)

So today I decided I really needed to get things back to normal and since I still can't think of anything to write about, I decided to finish the rest of the buttermilk I used from last week's recipe to make cupcakes. 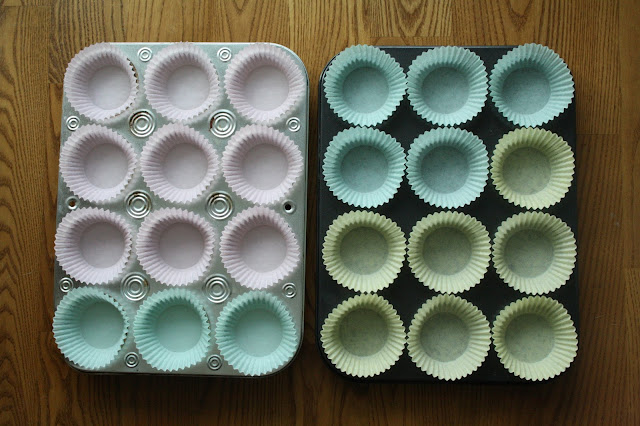 This recipe is from Martha Stewart's Cupcakes book, which is basically the most comprehensive cupcake recipe book I've ever seen. The recipe calls for vanilla frosting but that kind of bores me so I found a recipe for strawberry meringue buttercream and thought that would really give a vanilla cupcake some kick. (It also made me think of the impossibly delicious strawberry-topped cupcakes at my local cupcake store, Prairie Girl Bakery.)

These cupcakes were so easy to make,* just don't fill the cupcake tins all the way or else they will overflow (which happened to me several times). 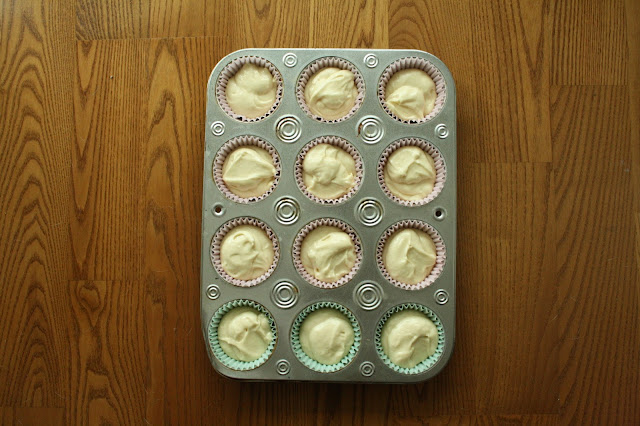 2. With an electric mixer on medium-high speed, cream butter and sugar until fluffy. Reduce speed to medium. Add whole eggs, one at a time, beating until each is incorporated, scraping down sides of bowl as needed. Add yolks, and beat until thoroughly combined. Reduce speed to low. Add flour mixture in three batches, alternative with two additions of buttermilk, and beating until combined after each. Beat in vanilla.

3. Divide batter evenly among lined cups, filling each three-quarters full. Bake, rotating tins halfway through, until cupcakes spring back when lightly touched and a cake tester inserted in centres comes out clean, about 20 minutes. Transfer tins to wire racks to cool for 10 minutes; turn out cupcakes onto racks and let cool completely. Cupcakes can be stored overnight at room temperature or frozen up to two months in airtight containers.

4. To finish, use a small offset spatula to spread cupcakes with frosting. Refrigerate up to three days in airtight containers; bring to room temperature and, if desired, decorate with sprinkles before serving.

*The actual cupcakes were easy to make. The buttercream icing however, was a disaster. And on that note...

I messed this up. The picture in the book showed a buttercream that looked like perfect strawberry ice cream on top of the cupcake. Mine came out looking like curdled bloody milk. Ew! 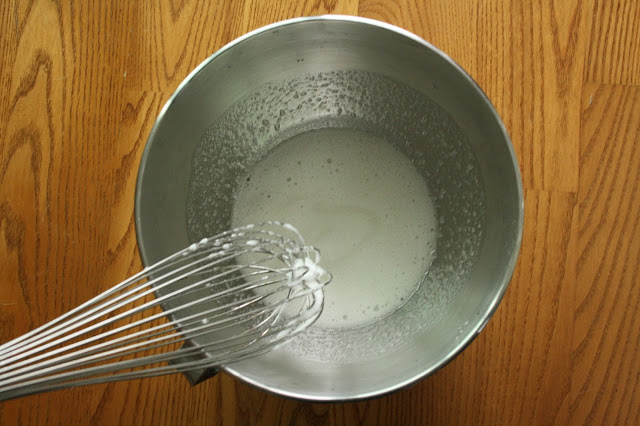 It may have been because I didn't use a paddle attachment on my mixer (I used a flat attachment) or maybe I didn't whip the sugar and egg whites enough. Whatever it was, it did not look good. In fact, when I used the icing bag, it came out looking like, and I'm not lying here, poop. I'm too embarrassed to share those photos so I ended up spreading the buttercream on the cupcakes and adding strawberry pieces on the top to make it look pretty. So... make this at your own risk. 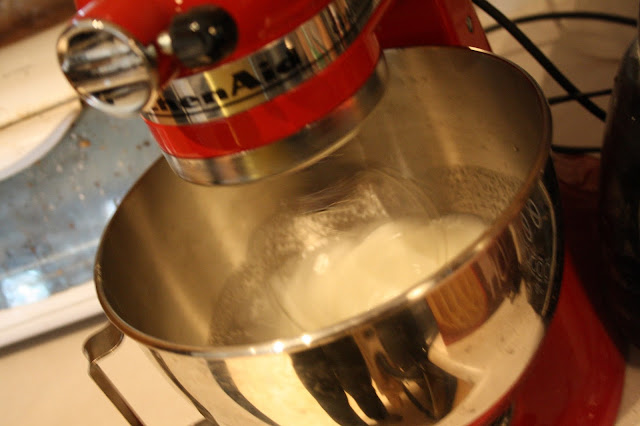 1. Puree strawberries in a food processor. Combine egg whites and sugar in the heatproof bowl of a standing electric mixer set over a pan of simmering water. Whisk constantly by hand until mixture is warm to the touch and sugar has dissolved (the mixture should feel completely smooth when rubbed between your fingertips.) 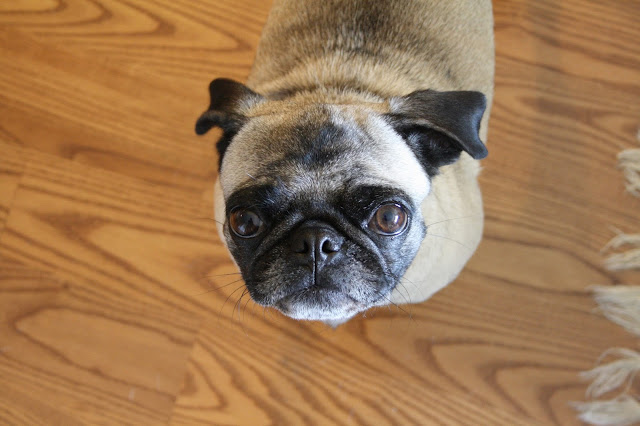 2. Attach the bowl to the mixer fitted with the whisk attachment. Starting on low and gradually increasing to medium-high speed, mix until stiff (but not dry) peaks form. Continue mixing until the mixture is fluffy and glossy and completely cool (test by touching the bottom of the bowl), about 10 minutes.

3. With mixer on medium-low speed, add the butter a few tbsps at a time, mixing well after each addition. Once all butter has been added, scrape down sides of bowl with a flexible spatula and switch to the paddle attachment; continue beating on low speed until all air bubbles are eliminated, about 2 minutes. Add strawberries and beat until comnined. Stir with a flexible spatula until the frosting is smooth. Keep buttercream at room temperature if using the same day or transfer to airtight container and refrigerate up to three days or freeze up to one month. Before using, bring to room temperature and beat with paddle attachment on low speed until smooth again, about five minutes. 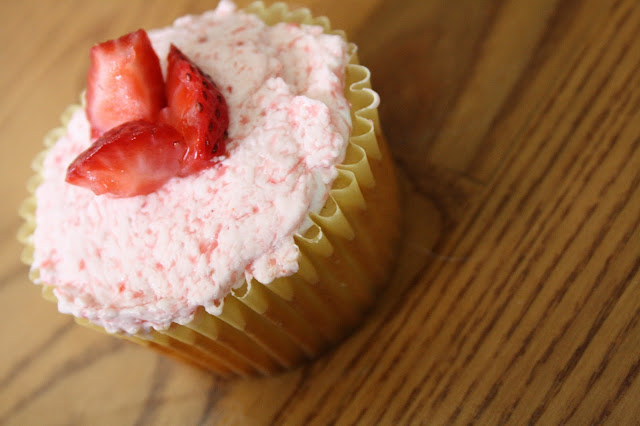 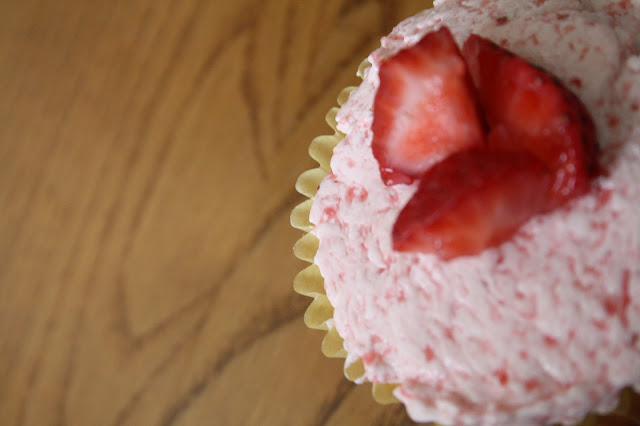