The most perfect lemon bars for spring 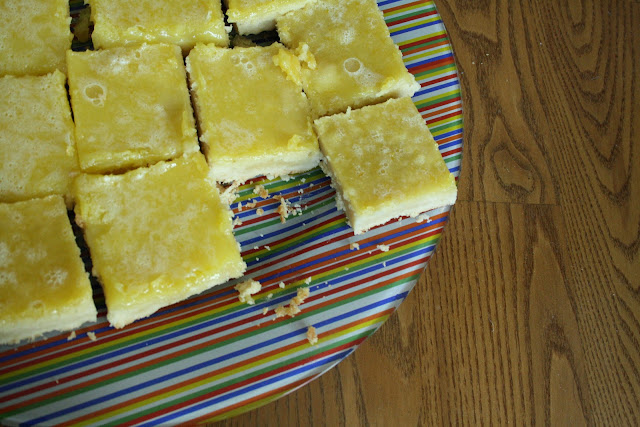 I don't come in contact with lemons that often. I'm not one of those people who adds drops of lemon to their water because I like my water plain, without outside interference. I see lemons sitting by the dozen in the grocery store, but I always bypass them in favour of their more delicious (and useful) cousins, the lime. 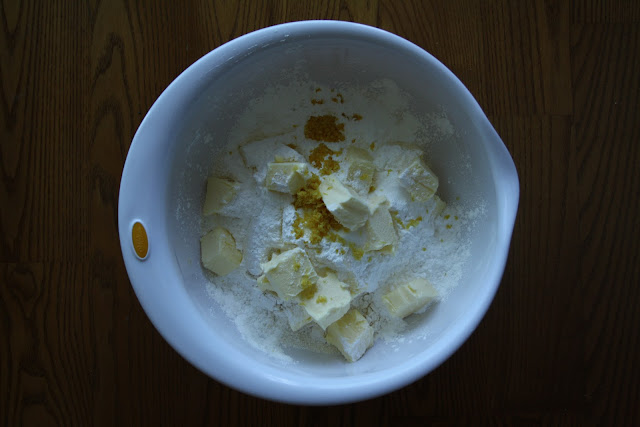 But there comes a time when that incandescent citrus fruit is so helpful that I rejoice its existence. That time inevitably comes when I need to use lemon zest and juice for baking.

Is your vanilla cake lacking some oomph? Add lemon zest. Does your icing make you bored? Add lemon juice. 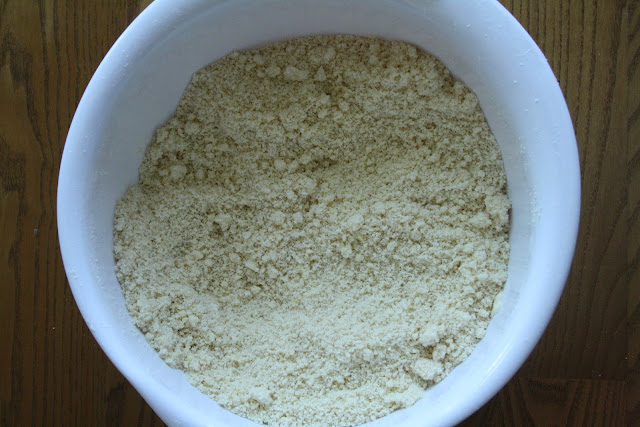 Lemon is the perfect antidote to baked goods that are lacking flavour power but they don't overwhelm you either. Think of it as a subtle perfume that tastes delicious.

I made these lemon bars for a BBQ at my cousin's and his wife's new home and I knew they were a success after the family devoured them even while complaining about how full they were from dinner. 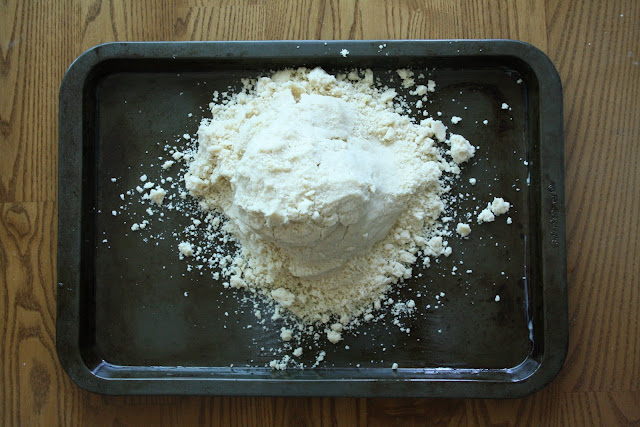 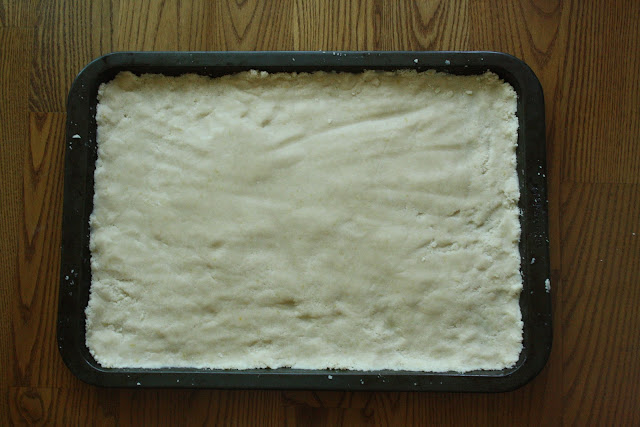 ** I used six lemons to get the zest, but since I couldn't make 1 cup of juice out of those six, perhaps it's better to get a couple more if you want to use fresh juice and not store-bought.

To make the crust: In a large bowl, on the low speed of an electric mixer, combine all the ingredients until mixture resembles coarse crumbs. Form the dough into a ball. Spread crust evenly into prepared pan. Use a large piece of waxed paper to firmly and evenly press down crust. Bake the crust for 18-20 minutes until lightly golden. Remove from oven and let cool for 15-20 minutes on a rack before proceeding. 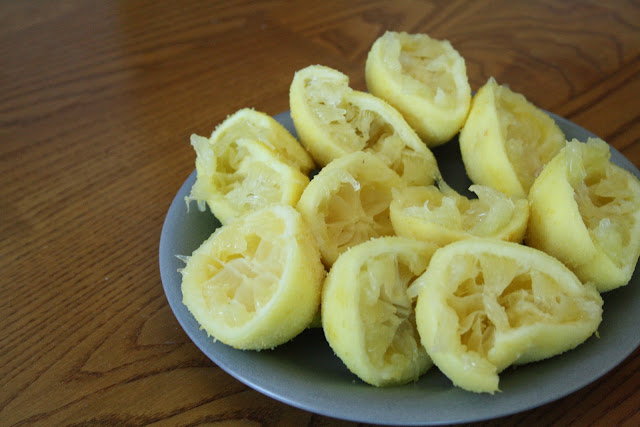 While the crust is cooling, make the topping: In a medium-sized bowl, on the low speed of an electric mixer, beat the sugar, the eggs, the lemon juice and the zest until well combined.* Pour over slightly warm crust. Return to oven and bake for 18-20 minutes until the edges are golden brown. Remove from oven and let cool to room temperature. Cut into squares.** 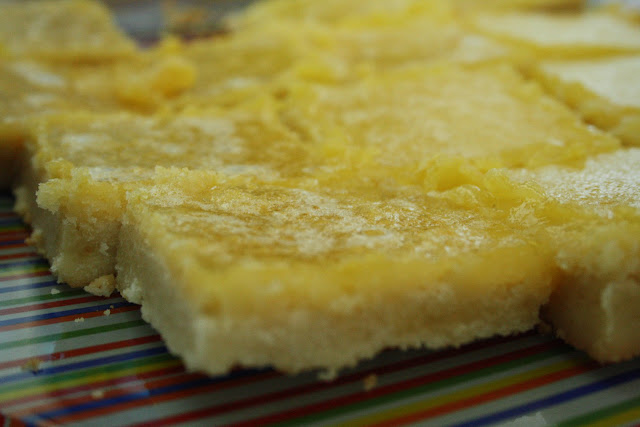 *To me the topping smelled a lot like egg and I was unsure if I had mixed it properly but rest assured, it's fine and it will come out perfectly.

** The edges of the crust were really stuck to the side of the pan and it was a pain to try to cut it out. I'm not sure if it's because I didn't grease the pan enough but maybe it would be better to line the pan with waxed paper. However the middle section didn't stick to the pan. 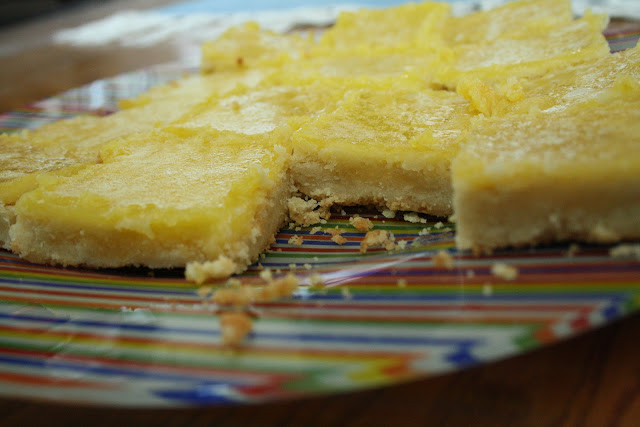 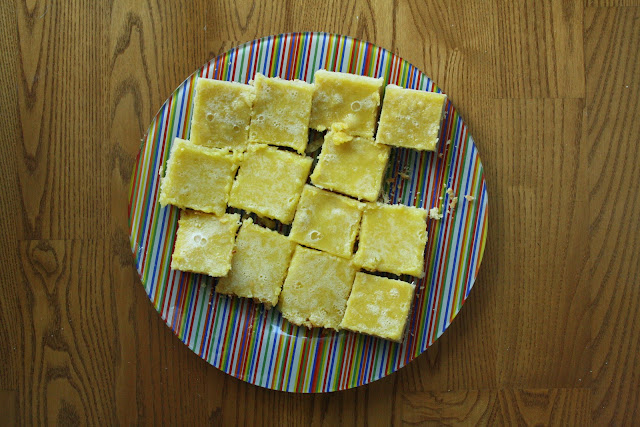