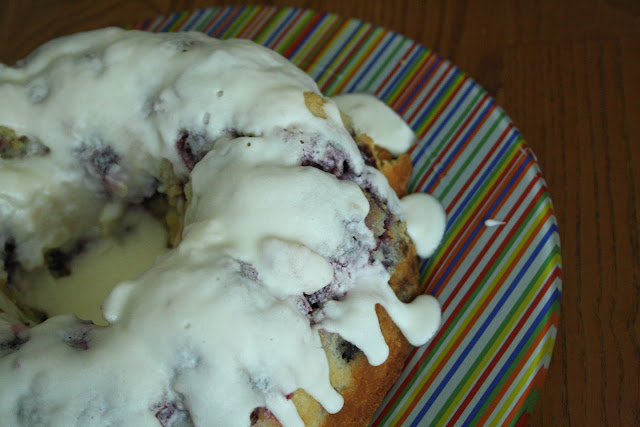 This recipe, from food blogger wizard, Smitten Kitchen, is one of my all-time favourites.

It's not just because it has THREE types berries or almost two cups of butter or a sweet glaze. I think it's because there's buttermilk. Buttermilk makes everything taste good. But the problem with buttermilk is that it only comes in 1 litre containers at my grocery store which is way too much when I only use maybe about a cup every few months. Inevitably, what happens is that I use almost a cup for a recipe and shove the container to the back of my fridge and forget about it only to have it start smelling a few months later when I realize I need more buttermilk but I have to go back to my grocery store to get a new box because the one in my fridge has gone bad. Who needs a whole litre of buttermilk?? 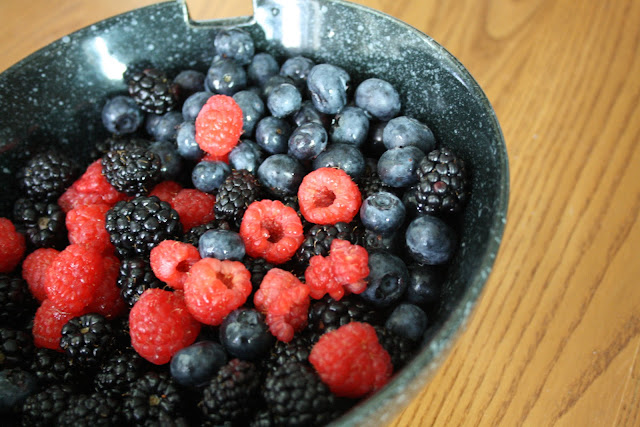 Anyway, I have to admit to something. I fucked up this cake. Seriously, it's one ugly, motherfucker. The problem is that because of my impatience, I flipped the cake over on the pan too early, when it was still quite hot, and the top layer of the cake ripped right off and stuck to the bundt pan. Major sad face. 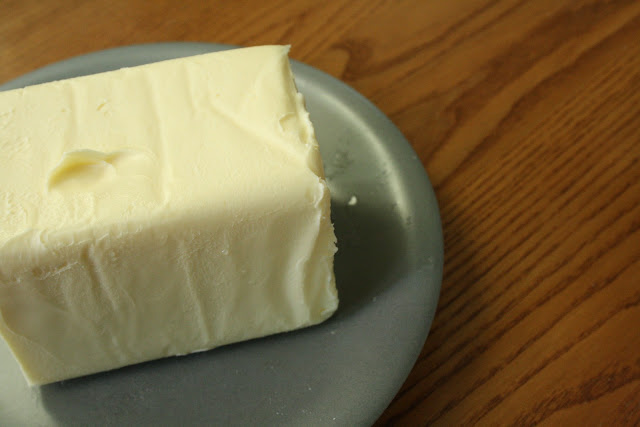 So not only will the people I made the cake for think I'm a horrible baker but the photos are going to look bad on this blog, and you fine people will not want to make this recipe. But trust me, ugly photos aside, this is something you're going to want to make. I'm sure I have some old Instagram pic of an earlier, prettier berry cake that I can stick up on here. I'll try to find it. But for now, I had to smother it with glaze to cover up its ugliness. 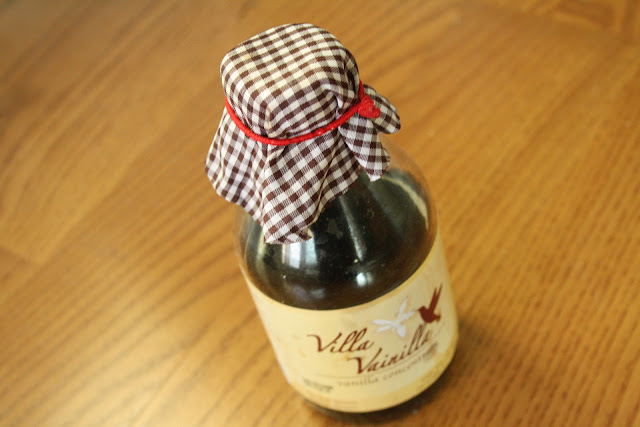 So here you go, the ugly (but delicious) berry cake in all its glory. 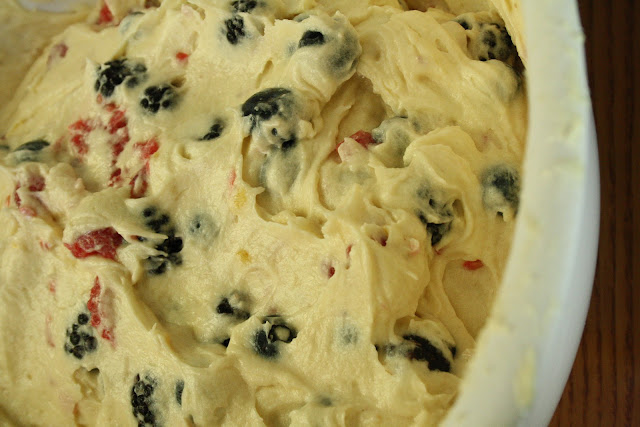 - 2 cups of confectioners sugar
- Juice of 2-3 lemons (the original recipe called for 1 lemon but I found it wasn't nearly enough)
- 1 tbsp of soft, unsalted butter

Preheat your oven to 350 degrees Farenheit. Grease the hell out of 10-cup Bundt pan. (Seriously, grease the shit out of it. You can even flick some flour onto it.) Set aside.

In a medium bowl, whisk or sift 2 1/2 cups of flour, baking powder and salt together and set aside. In a large mixing bowl, cream together the butter, sugar and lemon zest until light and flurry, about five minutes. Then with the mixer on low speed, add your eggs one a time. Beat in vanilla, briefly. Add 1/3 of the flour mixture to the batter, beating until just combined, followed by half of the buttermilk, another 1/3 of the flour mixture, the remaining buttermilk and the rest of the flour mixture. Don't mix any more than you need to. Toss the berries with the remaining 2 tbsp of flour. With a spatula, gently fold the berries into the batter. Don't be rough with them or else you will squish them and they won't look as pretty as whole berries. 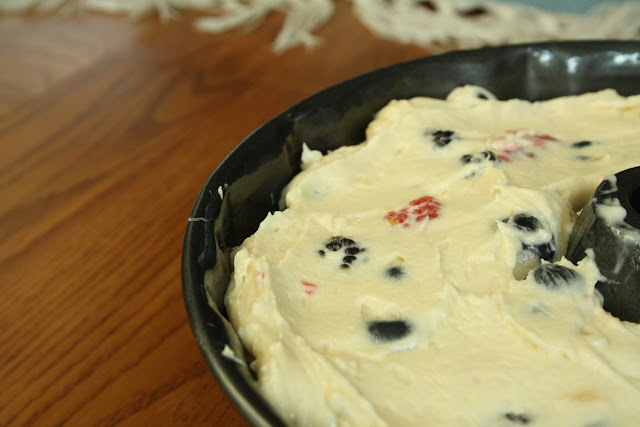 Spread the batter evenly into the bundt pan and spread the top thick. Bake for 60-70 minutes, rotating the cake 180 degrees after 30 minutes to make sure it browns evenly. When a cake tester comes out clean, it's done.

To make the glaze, whisk together the powdered sugar, lemon juice and butter until it's smooth and thick. However if you want a runnier glaze, just add more lemon juice. As I said before, I needed to add a lot more juice to make it slightly runny. (In fact, I ran out of lemon juice and had to resort to lime juice but it's still good!) Spread carefully over the top of the cake, letting it trickle down the sides. Serve at once or keep it covered at room temperature for three to four days. 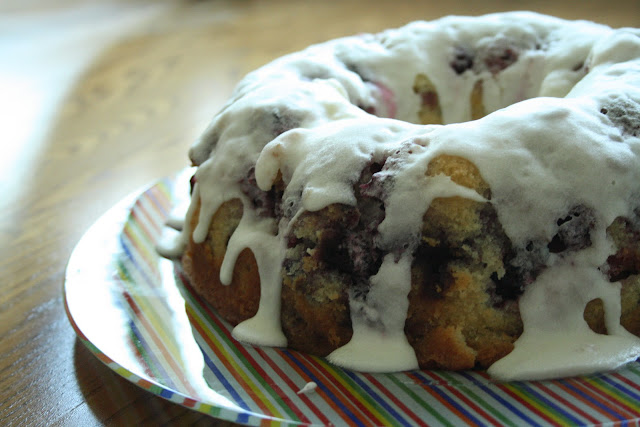 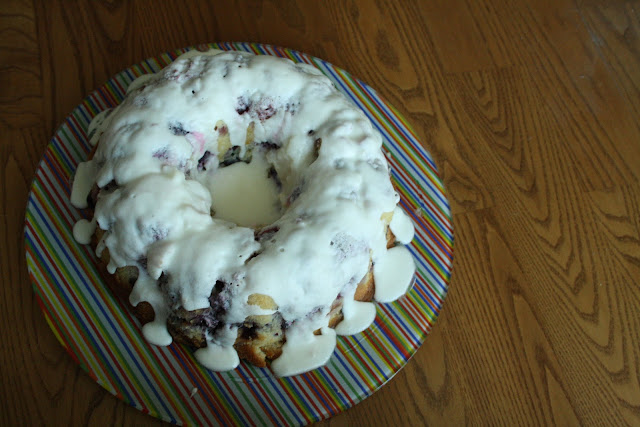 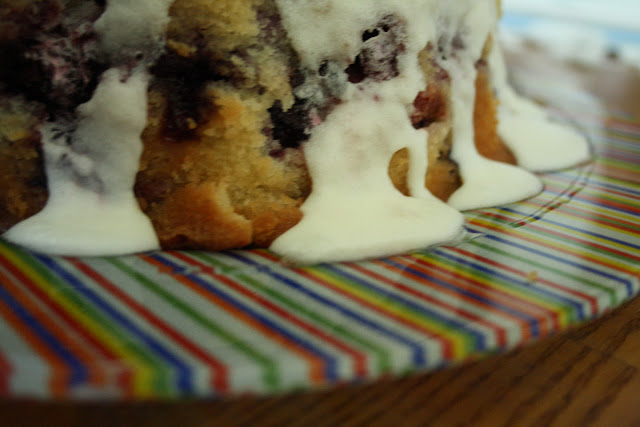 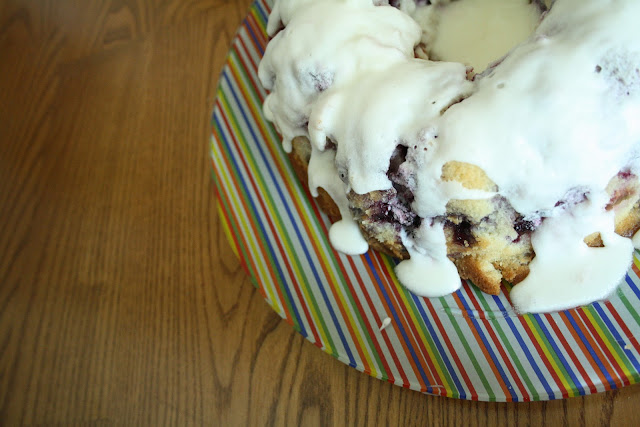