The Most Delicious Peach Kuchen

When I was little, my mom used to make this wonderful peach kuchen and I was always trying to get my hands in the yogurt top because, as friends and family know, I am obsessed with yogurt (especially of the cappuccino/coffee variety).

So naturally, since I have many containers of yogurt in my fridge, I thought it would only be natural to start off with a simple yet mouthwatering favourite.

Now, peaches aren't in season until the summer but I usually use canned peaches anyway because they sit in a wonderful, sugary fruit juice which I find makes the peaches taste better. But really, sugar juice makes everything taste better, right?

So the morning started off not quite as planned. A light in my apartment blew so I had to find another and then had to ask my boyfriend to replace it because I was too incompetent (for shame!) Thank you Mike for replacing my lightbulb, letting me borrow your camera and running out to the grocery store to get the main ingredient - the peaches!

I quickly realized that the lighting in my apartment is total shit. Witness: 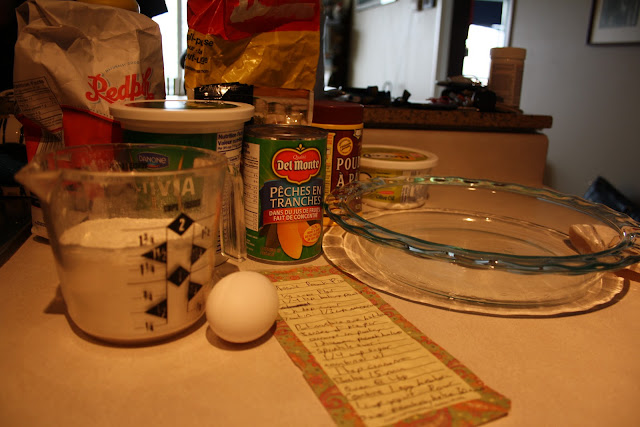 So after trying multiple angles, different surfaces and lots of new cuss words, I moved to the floor by the windows where the light was much better. 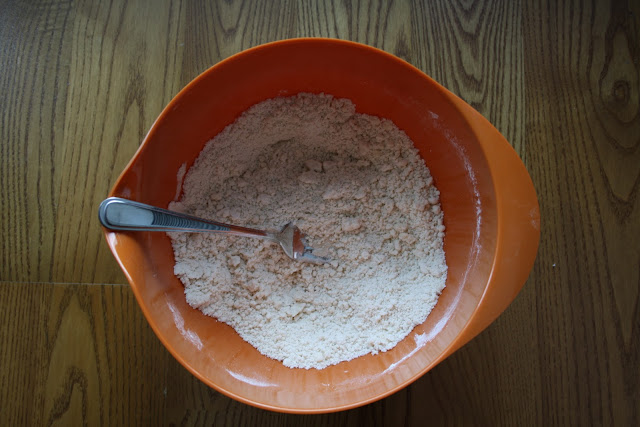 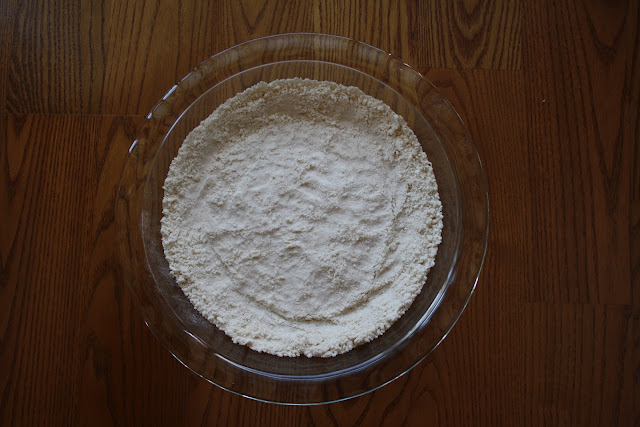 I think the photo below is my favourite. Mmmmm peaches. 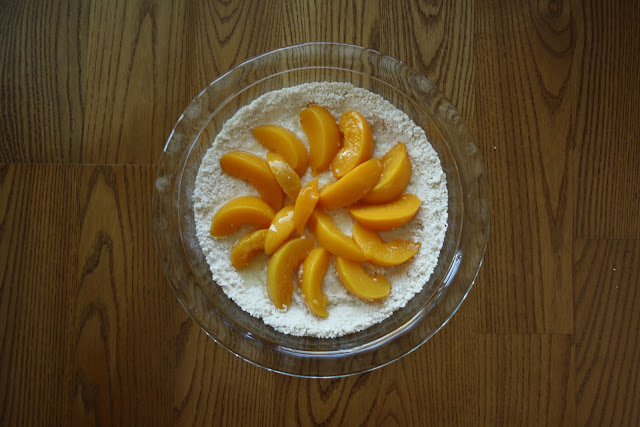 Nothing makes an apartment smell better than cinnamon. There was some weird, toxic smell in my place the other day but now it's gone. I think the smell of cinnamon is masking it. 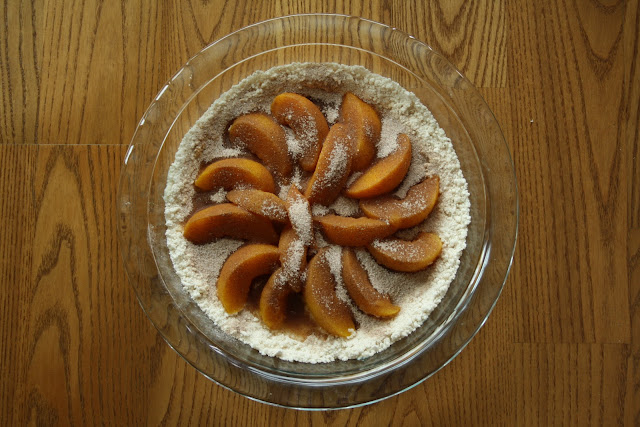 Fresh out the oven! (Isn't that a JLo song?) 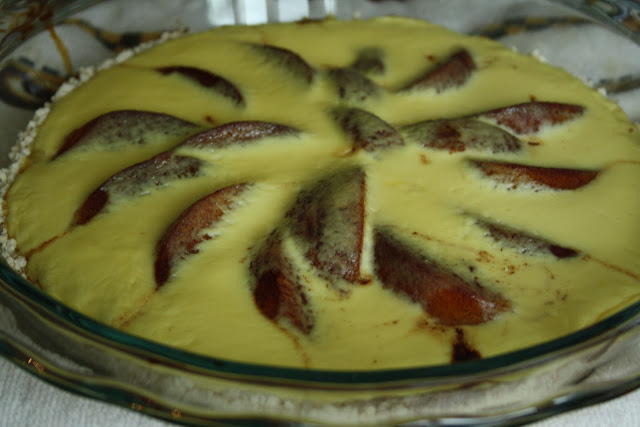 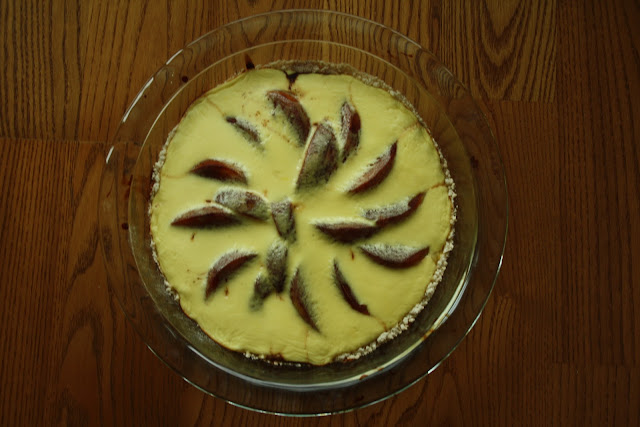 I had to squat in several uncomfortable positions on the floor to take photos. Not very glamorous but it got the job done. 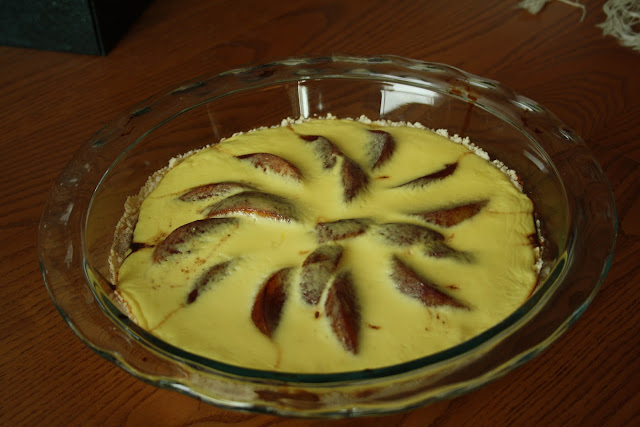 *For this recipe I substituted plain yogurt with vanilla yogurt to give it a pit more punch.

Heat the oven at 400 degrees celsius.

Combine the flour, baking powder and sugar in a medium-sized bowl. Cut the margarine/butter into the mixture and blend it together with a fork until it resembles coarse meal. Pour the mix into the pie pan (I use a 9 inch pie pan) and pat it down with a fork. You can also raise the edges of the crust by shifting the mix up on the sides of the pan with your fork.

Arrange your peach slices in a circle over the mix.

In a small bowl, combine the sugar and cinnamon. Sprinkle this mixture over the pie.

Bake in the oven for 15 minutes.

Combine the egg with the yogurt and stir with a fork until it's completely mixed. Once the pie is out of the oven, pour the mix over the pie until it covers the peaches. Put the pie back in the oven and bake for 30 minutes.

Take the pie out of the oven and let cool for half an hour. The yogurt top should have a golden colour to it.

Note: I generally wait until the pie has completely cooled until I dig in because otherwise the yogurt will just melt all over your plate and it gets messy. I prefer to put it in the fridge for at least another half hour after it's cooled on the counter until the yogurt solidifies.

The pie can be kept in the fridge covered for up to five days.